Cricket will always remember his contribution to the leg-spin department. Hailing from Lahore young leg spinner Abdul Qadir with some extraordinary variations roped into the international arena in 1977 during home series against England. He was the first genuine wrist spinner and he had the ability to bowl with six different variations He destroyed England in a second test match by taking 6 wickets.

It will always be written in the history that Imran Khan played an important role in enhancing Abdul Qadir’s career and made him a legendary player. During his peak time, he completely destroyed mighty West indies in home series where he took six wickets to bundle out visitors on 53 runs. Apart from bowling, he was also capable to play some handy knocks coming down the order. He played his last match against Sri Lanka. 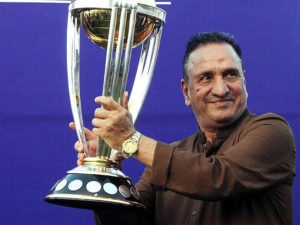 Controversies did by ( Abdul Qadir )

The All Out Cricket Post Interview Of Abdul Qadir

I hope you guys will love the article about Abdul Qadir biography, you can also check out more cricket news by clicking here, play fantasy cricket on dream11 to win some real cash.