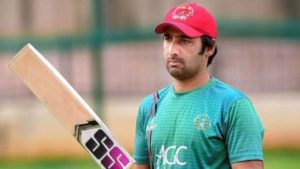 Known for his experienced and mature batting approach, Asghar Afghan has a bunch of achievements for his homeland. He made his international debut in 2004 and later there is no way back. Asghar represented Afghanistan at different stages of cricket in the 2004 ACC Trophy, as well as the 2006 ACC Trophy and the 2007 ACC Twenty20 Cup. he was a member of the squad from 2008 to 2009 who won the World Cricket League Division Five, Division Four, and Division Three which got Afghanistan promotion to the  2009 ICC World Cup Qualifier where they gained One Day International status respectively.

Afghan made his T20I debut against Ireland in the 2010 Quadrangular Series in Sri Lanka. Later on, in February, Asghar played only one match in whole Afghanistan’s victorious 2010 ICC World Twenty20 Qualifier campaign which earned him a spot in ICC 2010 T20I world cup.  In 2014, Afghan’s 90 not out helped Afghanistan to register their maiden win over Bangladesh which was their only first win across any of the test playing nations.  Afghan named as the captain of Afghanistan for their inaugural Test match which they played against India in 2018.he was named in Kandahar’s squad for the first season of the Afghanistan Premier League (APL). Being the senior in the squad He was the leading run-scorer for his team in the whole campaign, with a tally of 264 runs in 8 matches he played in. time after time he’s appointed as Afghanistan captain again and again.

Awards and Recognitions of Asghar Afghan 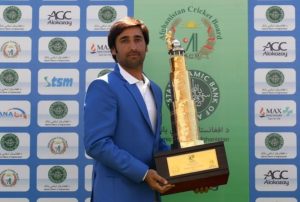 Controversies did by Asghar Afghan

The All Out Cricket Post Interview Of Asghar Afghan

I hope you guys will love the article about Asghar Afghan biography, you can also check out more cricket news by clicking here, play fantasy cricket on dream11 to win some real cash.