Bhuvneshwar Kumar was born in Meerut on 5 February 1990. He is an Indian international cricketer who plays all formats of the game. On his first T20 Debut match against Pakistan in December 2012, he took a three-wicket haul.

he was handed an IPL contract by Royal Challengers Bangalore in 2011, he was signed by Pune Warriors India. After the dissolution of the PWI team, he was picked up in 2014 by Sunrisers Hyderabad.

• Has bowled the batsman out to take his first wicket in Test, ODI, and T20 match.
• The only bowler to dismiss Sachin Tendulkar for a duck in First-Class Cricket.
• The record for the most economical figures in a T20 international cricket match against West Indies in 2014, for conceding 3 runs from 3 overs. 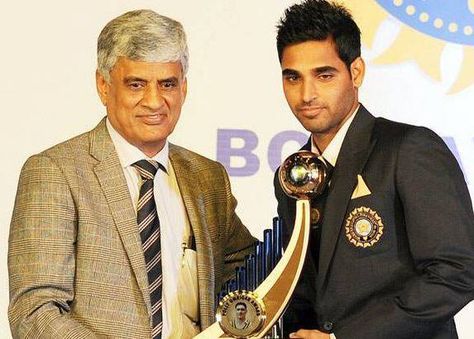 In 2012, with an incredible start to his ODI career against Pakistan in a T20 match where he took 4 wickets for 9 runs in 4 overs.

The All Out Cricket Post-Interview Interview Of Bhuvneshwar Kumar

I hope you guys will love the article about Bhuvneshwar Kumar biography, you can also check out more cricket news by clicking here, play fantasy cricket on dream11 to win some real cash.