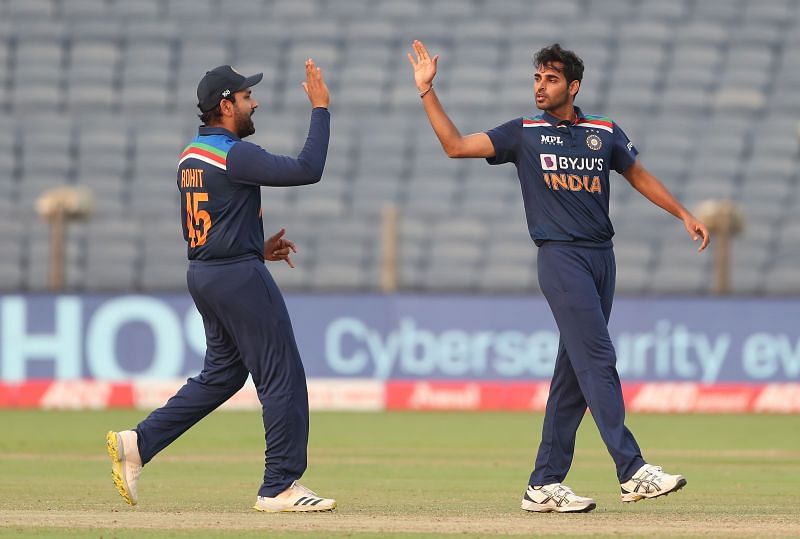 Bhuvneshwar Kumar has made the 11th rank in the final ICC ODI Rankings for Bowlers. The Indian pacemaker played his first ODI series since August 2019 and picked up 6 wickets in three games versus the England cricket squad.

Courtesy of his brilliant bowling capability, Bhuvneshwar Kumar has jumped 9 spots to bag the eleventh position on the ODI bowling Ranking. He is the 2nd-highest-ranked Indian in the bowlers’ charts.

Jasprit Bumrah, who lost India vs England ODI series for particular reasons, has dropped out of the Top 3.

New Zealand’s speedster Matt Henry has replaced him in the 3rd position with 691 rating points. Henry picked up a 4-wicket pull in the final ODI against Bangladesh.

Matt Henry was the big mover in the @MRFWorldwide ICC Rankings for Men's ODI Bowlers!

The @BLACKCAPS pacer shot up five places to No.3 🔥

Thanks to Matt Henry’s against Bangladesh, Josh Hazlewood, Chris Woakes as well as Mehidy Hasan left a spot each.

Trent Boult continues to be at the helm of the ICC ODI Rankings for Bowlers with 737 rating points, with Mujeeb ur Rahman behind him at number second.

Mohammad Amir, Pat Cummins and Kagiso Rabada are the other bowlers current in the Top 10.

As well as Bhuvneshwar Kumar, Shardul Thakur has also achieved a lot in the ICC ODI Rankings.

Thakur, who was the main wicket-taker in the India-England series with 7 wickets, has increased to 80th position. The right-arm fast bowler has 411 rating points after 3 ODIs against England.

Bhuvneshwar Kumar moves to number 11 in the ICC bowlers ranking in ODI after his terrific performance in the ODI series against England.