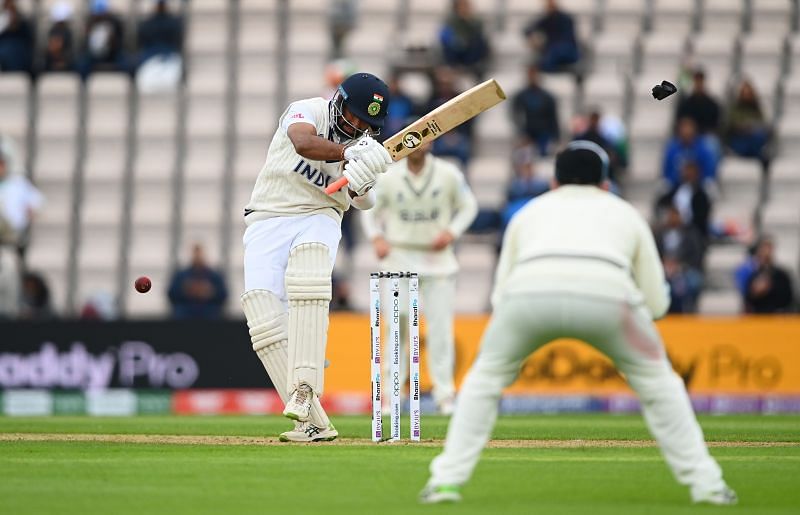 Former Indian team player Sanjay Manjrekar has opined that India might struggle against the moving ball in the England series if they repeat the mistakes they made in the World Test Championship final against New Zealand. Manjrekar remembered as a technically sound batsman during his playing days, assumed he was shocked at how Indian batters bounded forward to New Zealand’s swing bowlers in the World Test Championship (WTC) final.

India’s batting floundered against the Kiwis in the WTC final in Southampton under contingencies tailor-made for swing bowling. The visitors now take on England in a 5-match Test series starting Wednesday in Nottingham.

Writing in an Article for Hindustan Times, Manjrekar expressed reservations over Indian batsmen’s defensive techniques and hoped they have worked on the same. Manjrekar said:

“The batting world now does not play swing and spin well. It’s the inevitable outcome of the changing nature of cricket… No one wants to spend hours trying to possess a water-tight defensive game anymore. Those in England now, barring a few, have the same issue. They will start working on their defensive techniques only when the time comes, a time like this, an impending 5-match Test series in foreign conditions.”

“The defensive game is not always ready, like a default setting, like it was for earlier batters when Test cricket was the only format. For this generation, the power game is the default setting, which is of little use in such a contest,” he said.

🗣️ 🗣️ Any match you play for your country is important: #TeamIndia captain @imVkohli #ENGvIND pic.twitter.com/EjuE4Zs0pj

Referring especially to the WTC final, Manjrekar states that India’s poor technique was completely shown, as they went hard at the ball. He continues to say that unless the Indian batsmen make the essential adjustments, it could be the same story all over again. The cricketer-turned-commentator developed:

“I watched every ball of the World Test Championship final, my eyes glued to the screen. To say the least, the technique of Indian batters shocked me. Barring Rohit Sharma and Rishabh Pant (when the Kiwi bowlers started bowling short to him) all Indian batters have got into this mindset that if you stand outside the crease and lunge forward to a swing bowler, even if he is bowling at 145 kph, all your issues against swing will be resolved. As we saw in that final, they didn’t. If at all, that made matters worse.

“This method of lunging forward no matter where the ball is pitched can work for Kohli (although in the WTC final, it didn’t for him too), but won’t for those who are not in his league. If India has used all this time to revisit their technique and go back to their earlier, better, skills–especially defense–it gives India a good shot at the series. Otherwise, I am not too hopeful about the Indian batting if the ball swings,” Manjrekar added.

At 6 or 7, Rishabh Pant could be a dangerman: Sanjay Manjrekar

While showing worry over India’s batting, Manjrekar also pointed out that England has difficulties of their own in the same department. According to him, England’s poor batting gives India the purpose of performing well.

He further prophesied that the Test series could be decided by one brilliant individual effort. Manjrekar added:

“I believe this will be a series decided by one exceptional individual performance, that one game-changer in each Test, the one who may clinch the moment and take his team surging forward. For India, that could be Kohli obviously, and then, for me, Rishabh Pant, especially because he has done it twice already in a short Test career. At No 6/7, Pant will be an absolute danger man against England.”