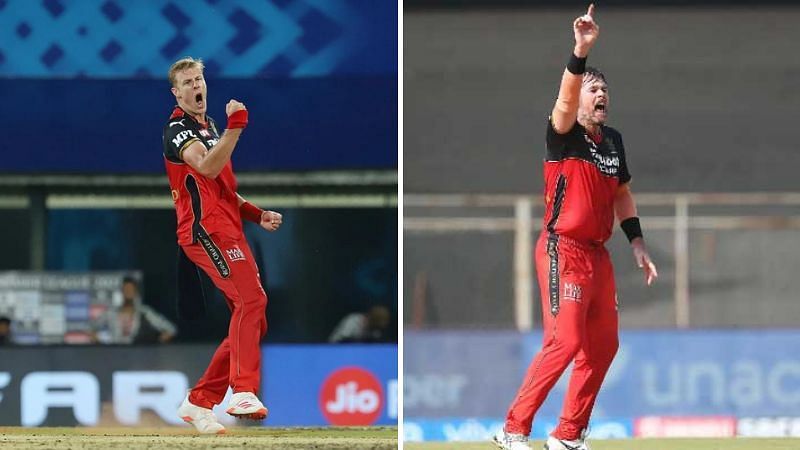 The international players for the greatest IPL franchises have landed in the UAE. Moreover, among them are Royal Challengers Bangalore (RCB) stars Kyle Jamieson and Dan Christian.

The duo landed in the UAE and, before their mandatory quarantine, took some time off to talk regarding RCB and their thoughts on the future season. The franchise took to Instagram to post with a snippet of their 2-cents.

The clip was captioned:

“Bold Diaries: Kyle Jamieson and Dan Christian join RCB in Dubai. The trans-tasman all-rounders have arrived and begun their mandatory quarantine! But before that, they spoke to us about RCB and the team’s chances to go the distance this year. #PlayBold #WeAreChallengers #IPL2021”

You can view the video here:

Lanky New Zealand pacer Kyle Jamieson, who was excellent in the World Test Championship (WTC) Final against India, is hopeful of RCB’s chances before the IPL restart.

“It’s nice to be on the way again and this time in Dubai, hopefully it will be a pretty few successful weeks. I’m trying to make sure I’m ready for this and hopefully we try to win a few games and the tournament.”

While Dan Christian said it would back to the starting line after a -odd month break. The Australian all-rounder also spoke on his national team’s underwhelming run of performance in recent periods.

“It was a pretty tough tour for us over there, the conditions were pretty difficult and we played against a very good Windies and Bangladesh team, it was a good learning experience for all of us, and now looking forward to getting started in the IPL again,” he said.

“Everything’s going to start afresh,” signed off RCB’s Dan Christian, who is looking at IPL 2021 phase 2 with renewed optimism.

Also read:-”I am not feeling great that I am not in the squad”- Imran Tahir on Mark Boucher