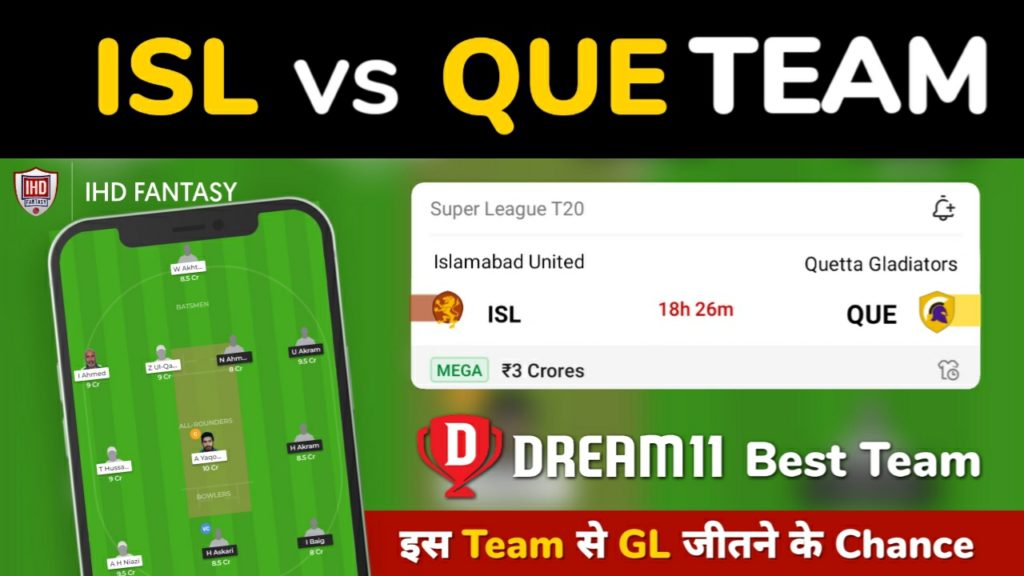 ISL vs QUE Dream11 Team Pre Info: The 18th match of the Pakistan Super League 2021 will be played between Islamabad United vs Quetta Gladiators at the Sheikh Zayed Stadium, Abu Dhabi.
In the last encounter between these two teams, Islamabad United registered a victory by 6 wickets.

Islamabad United started their second phase with a defeat. After the resumption of the league, they faced Lahore Qalandars wherein a thrilling match they lost the match in the final ball. Their batting unit failed to perform but they must be pleased with their bowling efforts. They are currently at the 4th position on the points table with 2 wins and 3 losses.

On the other hand, Quetta Gladiators before the postponement of the tournament played 5 matches where they managed to won only one. The team led by Sarfaraz Ahmed were suffering in the first phase with their combination. But the addition of Andre Russell and Jack Wildermuth to the team will surely give them a variety of options.

The 18th match of the Pakistan Super League 2021 will be played between Islamabad United vs Quetta Gladiators at the Sheikh Zayed Stadium, Abu Dhabi.

ISL vs QUE Head to Head: 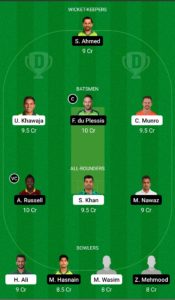 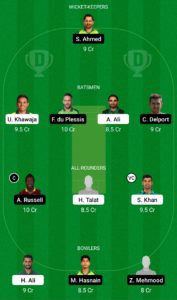 NOTE: While selecting your team, consider the points and make your own decision and make sure to edit the team if there is some change after the toss when playing xi is announced. So, taking help from the above post make ISL vs QUE Dream 11 Fantasy Team Prediction.