The right-arm off-break bowler having old fashioned and very simple bowling style named James Tredwell led England toward various victories on his own. He had represented England in ICC Champions Trophy 2013 and ICC World Cup 2015 which was held in Australia. Apart from the bowling heroics he had three First-Class hundreds under his belt. He made his First-Class debut for Kent back in 2001. But he had to struggle a lot to wear that blue jersey.

He made his Test and ODI debut against Bangladesh in 2010 during the away series and after that, he made his T20I debut against India in 2012 at pune. His inconsistent performances kept him in and out of the side as his fellow off-spinners Graeme Swann and Monty Panesar were also in the race to get that spot in English Side. Post his retirement, he was appointed as the umpiring role in County. 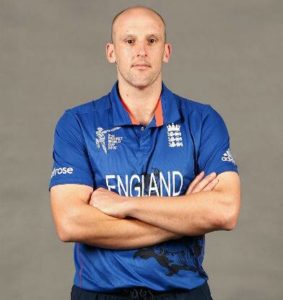 Controversies did by (James Tredwell)

The All Out Cricket Post Interview Of James Tredwell

I hope you guys will love the article about James Tredwell’s biography, you can also check out more cricket news by clicking here, play fantasy cricket on dream11 to win some real cash.