The Right-handed opener and Wicket-keeper Kamran Akmal is the 1st player from Akmal family to Play for the Pakistan National side Kamran was born on January 13, 1982, in Lahore. Kamran Akmal made his international debut in a test match against Zimbabwe at Harare in November 2002. And Kamran Akmal has also played the 1st season of IPL for the Rajasthan Royals. 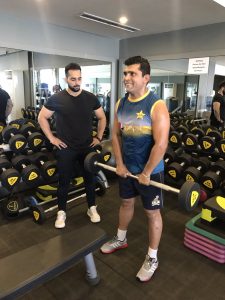 Awards and Recognitions of Kamran Akmal

Controversies did by  Kamran Akmal

The All Out Cricket Post-Interview Interview Of Kamran Akmal

I hope you guys will love the article about Kamran Akmal biography, you can also check out more cricket news by clicking here, play fantasy cricket on dream11 to win some real cash.