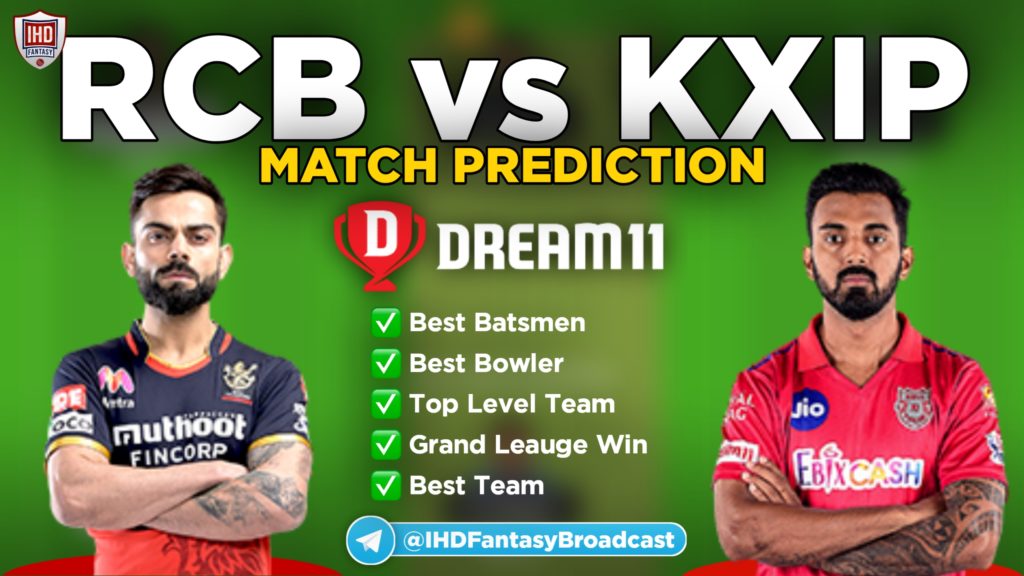 Kings XI Punjab will go against Royal Challengers Bangalore with the last chance of keeping their playoff hopes alive. The side has lost six of their saves games and need to win all their remaining games to make a place in the playoffs. The side has plenty of holes to fill in order to stable their sinking ship. The batting has looked dismal with the exceptions of Mayank Agarwal and KL Rahul who both have scored heaps of run. However, no other batsman has impressed and the side has lost a couple of games which were easily winnable. Management might bring Chris Gayle in the side in place of Maxwell to provide some extra steel in the top order. However, the main concern for the team has been their bowling which has failed in a dramatic manner. None of the bowlers bars the young Ravi Bishnoi has impressed and have been the major reason behind Punjab’s struggle. The side will look to make a last-ditch effort to save their season.

On the other hand, Royal Challengers Bangalore has made quite a turnaround this season with their team selection. The side looks pretty balanced which has been a rarity of the team in recent history. The forms of all their stars have made them into one of the early favourites for the season. Ab De Villiers and Virat Kohli remain the mainstay of the batting whereas Devdutt Paddikal has been a surprise package. Yuzvendra Chahal and Washington Sunder have impressed beyond imagination and the side has impressed under all the metrics. They have won five games in eight and are three victories away from a guaranteed playoff place.

The wicket at Sharjah has gone a drastic change. The wicket which was perceived as a batting-friendly has slowed down in a staggering manner. The pitch has become increasingly difficult to bat on and the spinners have started received assistance from the dusty track. The sorter boundaries remain a plus point for the batsmen but a score of 160+ can be assumed as a match-winning total on the wicket.

The weather gods have been kind on the players in the past few weeks and will remain to be so in the upcoming week as well. The temperature and humidity have failed after skyrocketing in the initial few days of the tournament. The heat will hover around 23-25 degrees Celsius during the game hours whereas humidity remains at 32% which is significantly lower than what we witnessed in the initial phase.

RCB vs KXIP: Head to head 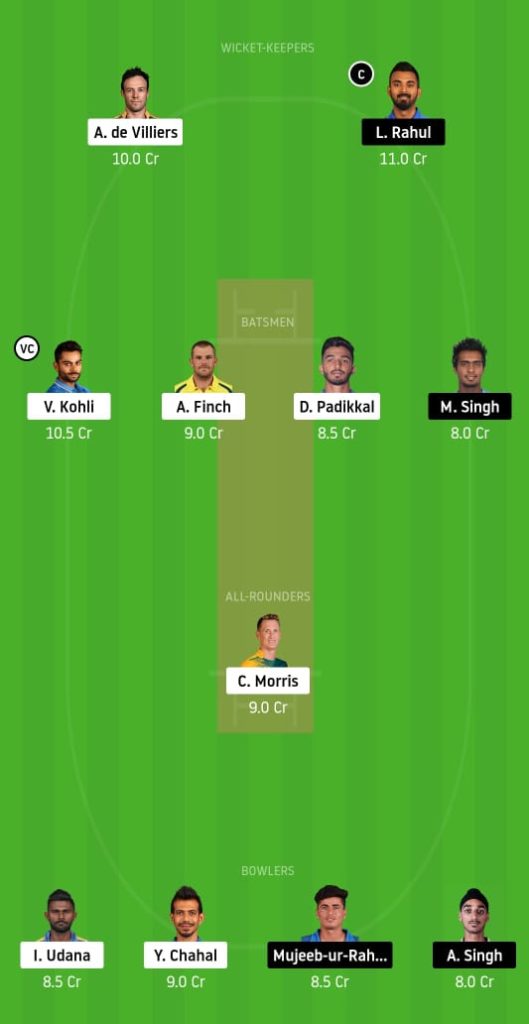 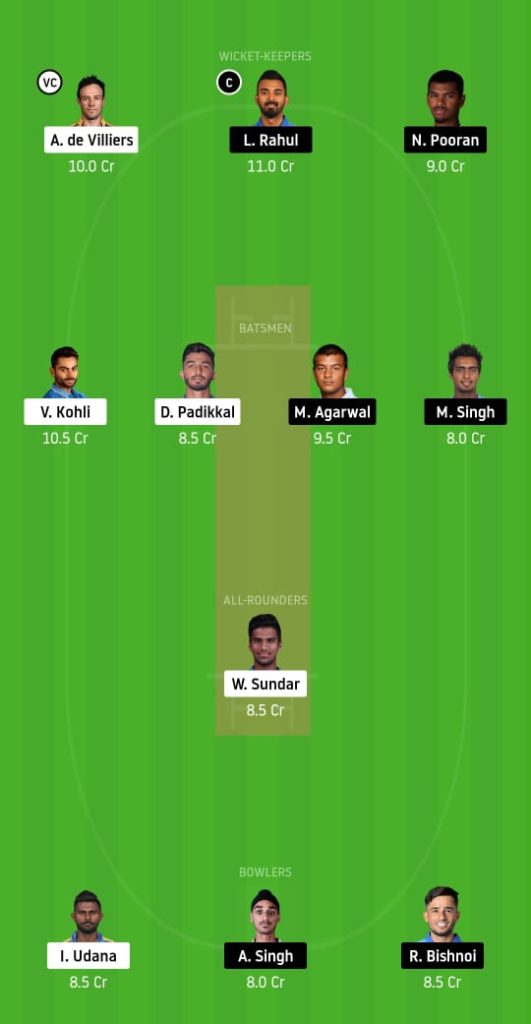 While selecting your team, consider the points and make your own decision and make sure to edit the team if there is some change after the toss when playing XI is announced. So, taking help from the above post make RCB vs KXIP Dream11 Team.