During his 14 years span of Cricket career. Moin Khan was always compared with another wicketkeeper-batsman Rashid Latif. One is better in batting while the other one is better behind the stumps. But it was the Moin Khan who got the favor and selected for the victorious campaign of World Cup 1992. Moin likes to finish the matches coming down the order.

While Captaining Pakistani team in Asia Cup 2000 against Sri Lanka. Moin Khan smashes quickfire 56 of just 31 odds deliveries and guided his team to the respectable total and later ended up winning the title by 39 runs.

His inconsistency with the gloves and bat made him end his career early in 2004 as Kamran Akmal scoring heavily in the domestic circuit. In 2014, Moin Khan replaced David Whatmore and appointed as the Headcoach of Pakistani Team. 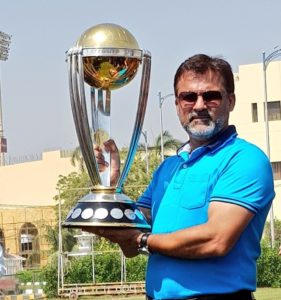 Controversies did by ( Moin Khan )

The All Out Cricket Post Interview Of Moin Khan

I hope you guys will love the article about Moin Khan biography, you can also check out more cricket news by clicking here, play fantasy cricket on dream11 to win some real cash.