PCCT United and ICCT Smashers will face each other on the 5th Match of the Taipei T10 League. Both teams will play their first game of the season and would look for a positive start.

The Taipei league has produced live cricket after almost a month, and the match should be a delight to watch for the cricket fans.

The game would give a chance to notice the cricket at its most raw stage and could be an absolute cracker. Both the teams have a few exciting talents and would be vying for a winning start. 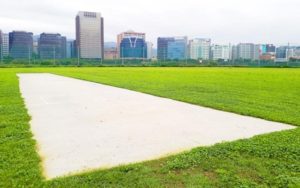 Where to Watch: The game is live streamable on SportsTiger App

The weather forecasts haven’t been high for the match. Heavy rains have been forecasted for the game, and we could see a curtailed match. The temperature will be around 22 degrees Celsius, whereas the humidity will hover at approximately 87%.

The ground in Taiwan has a synthetic pitch, which means that the bowlers which not receive any assistance. However, the outfield is slow, which makes it difficult for the batsmen to freely play their shots. The team winning the toss should consider batting second.

PCU vs ISM Players to Watch out:

Both the team will play their first game on Sunday. The match will be the first meeting between the two sides. Both the teams are filled with star players who have the ability to change the game at any instance of the match.

looking at strength, the PCCT United look slightly better on paper when compared to ICCT Smashers. 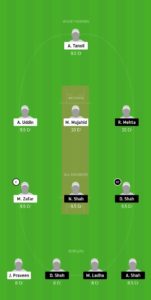