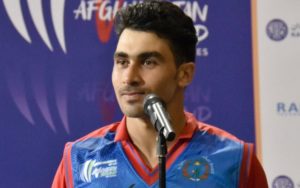 The young teenage wicketkeeper-batsman from afganistan RahmanullahGurbaz born and raised in Khost, Afghanistan. With his aggressive mindset, while opening the innings, he seems to be the perfect replacement for the veteran Mohammad Shahzad. He came into the limelight when he finishes the 2018 ACC Under-19 Asia Cup with the leading run-scorer for the Afghanistan side with 117 runs in four matches which took him a place in a senior squad. He made his ODI debut against Ireland where he played to run a ball 127 runs.

His performances with the bat and behind the wickets earned him a place in franchise cricket. He played in BPL for Khulna tigers and CPL for Barbados tridents. Within his very short career, he’s performing all around where he gets a chance. Moreover, in future, we can expect more performances under his belt. 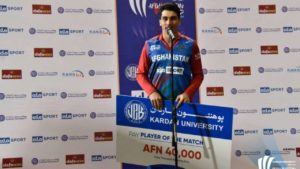 Controversies did by Rahmanullah Gurbaz

The All Out Cricket Post Interview Of Rahmanullah Gurbaz

I hope you guys will love the article about Rahmanullah Gurbaz biography, you can also check out more cricket news by clicking here, play fantasy cricket on dream11 to win some real cash.