Coming from Pakistan’s third-largest city Faisalabad, Saeed Ajmal was a bit late to make it into the international cricket. Saeed made his first-class debut at the age of 18 however he waited 12 years for his first International appearance.

Saeed Ajmal is famous for his doosra which he bowls with the same angel as off-spinner and troubled the batsmen’s with his mysterious deliveries. Being part of the ICC WT20 2009 victorious squad Saeed Ajmal played a crucial role by taking wickets at the right times along with Shahid Afridi. Later he was reported for suspect bowling action which he recovered easily.

Saeed Ajmal came into limelight in test cricket after completely destroying England in UAE  2012 where he took 24 wickets in 3 matches and helped to whitewash England. During his peak time from 2011 to 2014, Saeed Ajmal ranked No.1 ODI

Bowler. His doosra deliveries were completely unreadable at that time.

But in 2014 ICC banned Saeed Ajmal from bowling with immediate effect. However, he passed the bowling test he made comeback in ODI squad but his unimpressive bowling forced him to take retirement from International Cricket 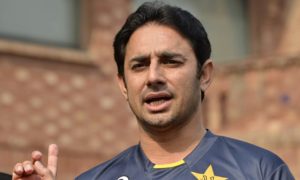 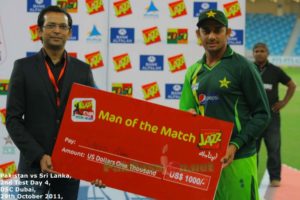 Controversies did by ( Saeed Ajmal )

The All Out Cricket Post Interview Of Saeed Ajmal

I hope you guys will love the article about Saeed Ajmal biography, you can also check out more cricket news by clicking here, play fantasy cricket on dream11 to win some real cash.