Caribbean Premier League became the first major cricket league around the world to initiate when the first delivery was bowled on 17th August. The caravan of the mega cricket carnival hasn’t failed to disappoint the fans either and the league has presented some nail biters after the initial phase of the tournament.

In the 7th game of the tournament, the struggling St Kitts and Nevis Patriots will go head to head against a potent but inconsistent side of St Lucia Zouks. Despite having an impressive batting line which comprises of Chris Lynn and Evin Lewis, Patriots have struggled in the league and are languishing at the bottom of the table after losing both their games. The irregularities in the bowling department have proved costly for the team. However, Patriots which comprise of Sodhi and Cottrell in the bowling department has the potential to defeat any side on their day. The team would like to utilize their big-game players against Zouks and would be willing to make a few changes in the playing XI.

On the other hand, Zouks have some exciting weapon in their arsenal. The side bounced back in their second match after a shallow performance in the first match. The Darren Sammy led side is stocked with all-rounders and players such as Nabi, Kuggelejein along with Sammy himself provide depth in both the department to the team. They have momentum on their side and would dwell on their prowess in the spin department. They would look for another win against Patriots.

GUY vs JAM: Who Will Win Today Match

Both the sides have a jam-packed roster and could emerge victorious in the game. Zouks have the momentum in their favour which could prove to be a deciding favour in tight games whereas Patriots have a few big-ticket players amongst their batters. The nature of the pitch and weather conditions could play a major role in deciding the winner. However, the individual talent of Patriots will make them slight favourites for this game. 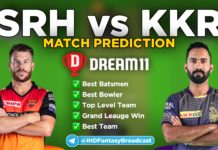 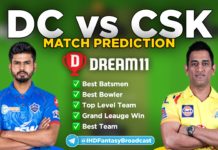