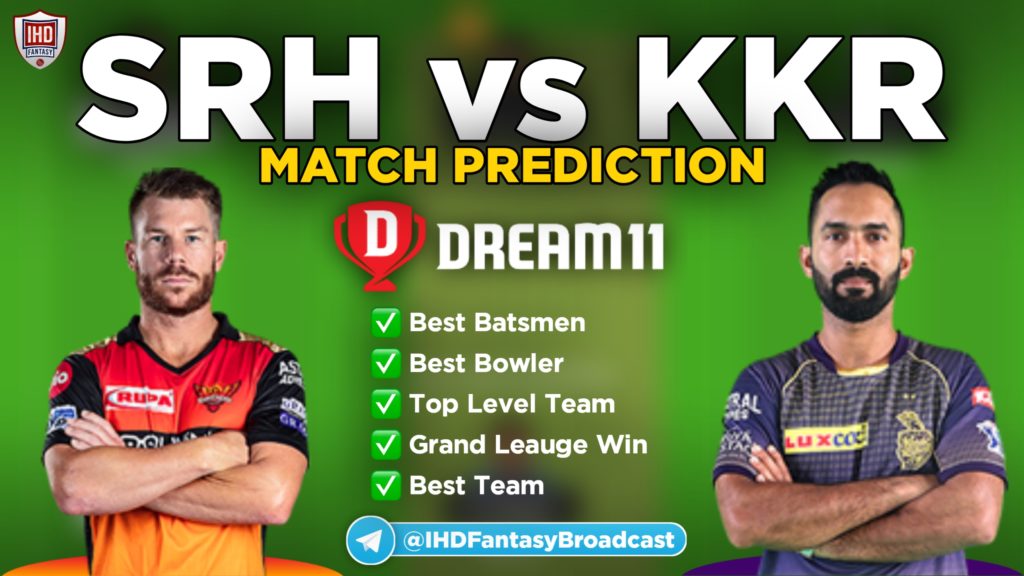 Sunrisers Hyderabad will face Kolkata Knight Riders for the first match of the double-header on Sunday. Both the sides are coming off losses and are subject to captaincy change. Dinesh Karthik gave up his captaincy to Eoin Morgan but to no avail as the side faced another embarrassing loss against Mumbai Indians. Kolkata Knight Riders have stacked up against their squad with several match winners. However, the batting has flopped in games and the exclusion of Sunil Narine due to reported action has seen the side succumb to several unimpressive performances. Andre Russell, Dinesh Karthik and Eoin Morgan all have failed to find any sort of consistency. The bowlers have performed well but haven’t taken wicket at regular intervals which have made the side shaky in defence as well. However, the side has enough talent to bounce back and Sunrisers Hyderabad just might be an ideal opposition for a turnaround.

On the other hand, Sunrisers Hyderabad has many gaping holes seemingly impossible to fill. The side has an extremely weak batting order with too much dependency on the opening pair. The side certainly needs an able finisher and some attacking intent from the openers who are taking too much pressure. The youngsters Natarajan, Garg and Samad have shown enough talent to suggest the side has a good future ahead but the side has struggled due to failures from top talents such as Manish Pandey and Vijay Shankar.  Kane Williamson batting position is also in contention as pundits feel he would be better suited at opening rather than finishing. The side might see some shuffle in the game against Kolkata Knight Riders.

Kolkata Knight Riders have won four games and are at the fourth spot on the table whereas Sunrisers are one spot below them after winning three games in eight matches.

The wicket at Abu Dhabi is slowing with every match. The ball is not coming on the bat properly and playing shots is difficult. The afternoon games have seen more assistance for the spinners and slow bowlers from both the sides would be licking their lips at the prospect of bowling at this wicket. A score of 150 should be considered competitive enough for this ground. The team winning the toss may choose to bat first.

The game will be played in the afternoon slot which would mean extreme heat will welcome the sides. The temperature could reach to mid-30s in the first half of the game. However, it will go down as the game proceeds. The humidity will be a relief for the sides as it will remain to 50 which is an improvement over the 80s which is generally pertinent on the ground. No rains are expected whatsoever.

SRH vs KKR: Head to head 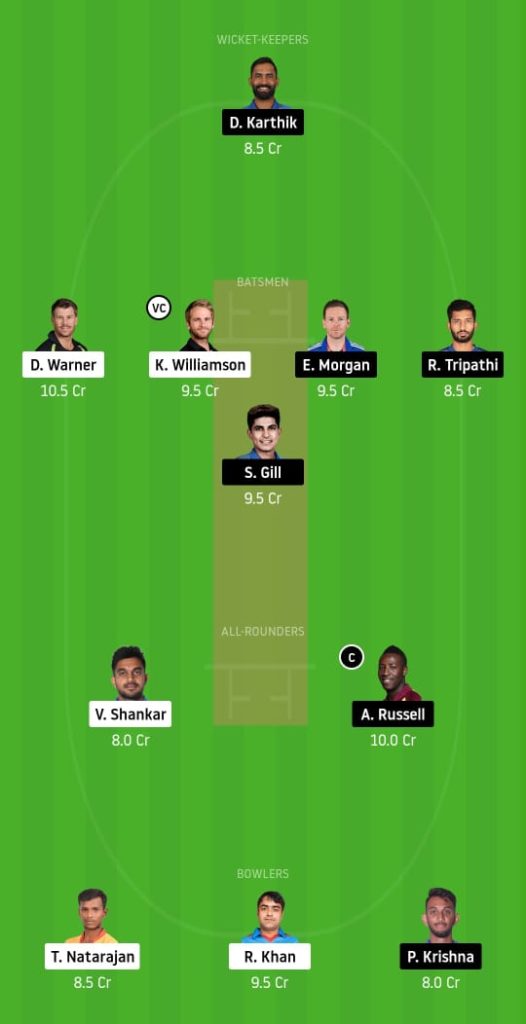 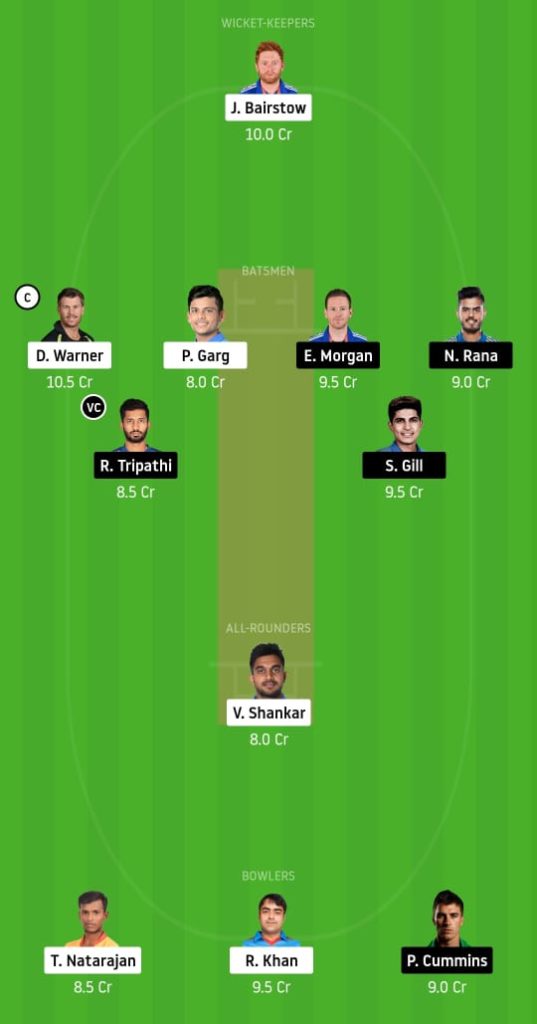 While selecting your team, consider the points and make your own decision and make sure to edit the team if there is some change after the toss when playing XI is announced. So, taking help from the above post make SRH vs KKR Dream11 Team.