Suresh Raina is a middle-order batsman in Team India. He is an excellent batsman who is capable to turn the match. He is also regarded as one of the best fielders in world cricket. Raina made his ODI debut in July 2005 against Sri Lanka at the age of 19. However, his Test debut came about five years later, in July 2010, against the same opposition. He scored a hundred on his Test debut. 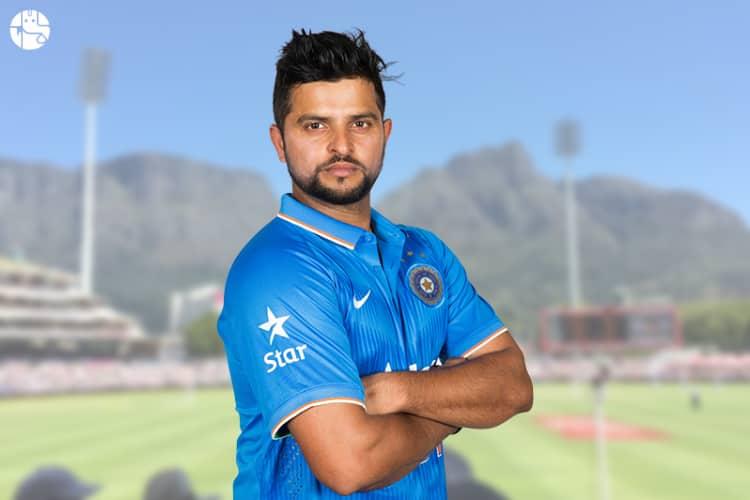 He was a part of the Indian squad that won the 2011 World Cup. Raina was signed by the Chennai Super Kings for US$650,000 for the first three years of the tournament.

• First Indian cricketer to score a century in all 3 formats (Tests, ODIs, T20s).
• Second youngest player to be selected as the Indian skipper.
• Has played the most number of ODIs before making his test debut, which is a record.
• First Player to score 3000 runs in the IPL.
• First cricketer to score 400+ runs in all the editions of the Indian Premier League (till IPL 9-2016).
• First Indian and second in the world to hit 100 sixes in the IPL.
• The third batsman in the world to score a century in T20 International, the other two being Brendon McCullum and Chris Gayle. 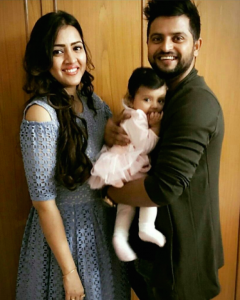 At the age of 15, Raina was spotted by Indian selectors when he was playing for Uttar Pradesh under-16s and was drafted to India’s under-19 tour of England where he scored 2 half-centuries.

On 20 June 2013, former IPL chief Lalit Modi Alleged that Suresh Raina, Ravindra Jadeja, and Dwayne Bravo has taken Bribe from a bookie who was also a builder, while they were playing for CSK. During the 2016 T20 World Cup, he found himself in the middle of a match-fixing controversy on the eve of India’s World T20 semi-final match against West Indies.