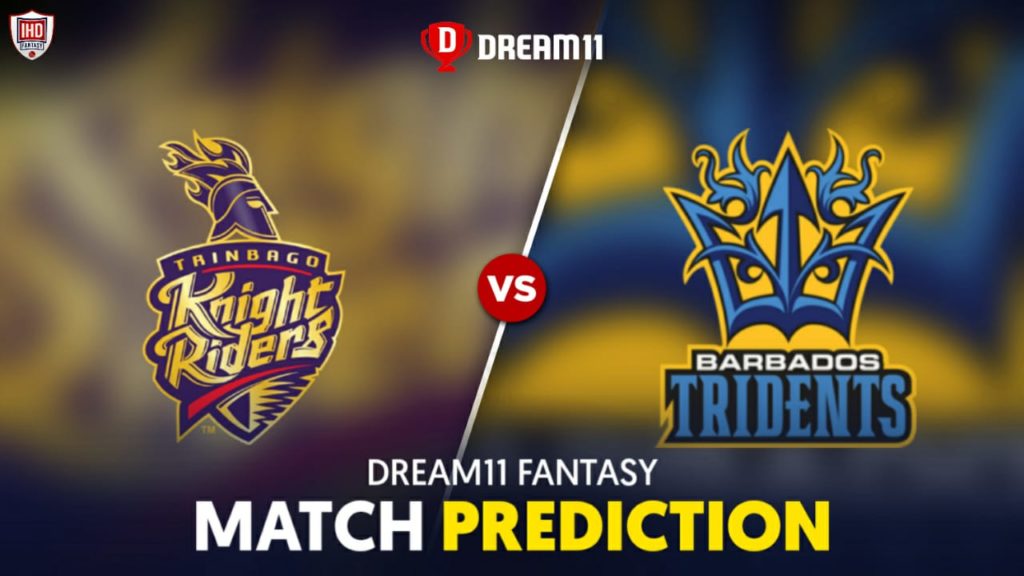 The 9th Match of Caribbean Premier League will be played between two heavyweights of the league in Trinbago Knight Riders and Barbados Tridents. Both the teams have got a scary roster and can win any game on their day. Trinbago Knight Riders, the sister franchise of Kolkata Knight Riders has loaded their rosters with several stars from around the World which include Sunil Narine, Kieron Pollard, Dwayne Bravo and Colin Munro to name a few. The exceptionally stacked team has enough strength to challenge any side and their strength has transformed into the field in both their initial games. Knight Riders won both their initial games and are sitting on the second spot of the points table with four points. The side is behind the leaders Guyana Amazon Warriors just on the basis on net run rate and would be looking to eclipse the leaders.

On the other hand, Barbados Tridents are no less on paper and have a seamless roster. The side has a solid spin attack led by the Afghan stalwart, Rashid Khan. The team also has Mitchell Santner on their roster and the pair has been disastrous for the opposition in tandem. However, the only weakness lies in the batting department wherein despite consisting of several big names, the side has lacked a power hitter. The likes of Corey Anderson who has been struggling with bad form for quite some while now looks like the only existing pinch hitter for the team. Though, a strong bowling line up combined with a consistent batting line may cause problems for the Trinbago Knight Riders side. 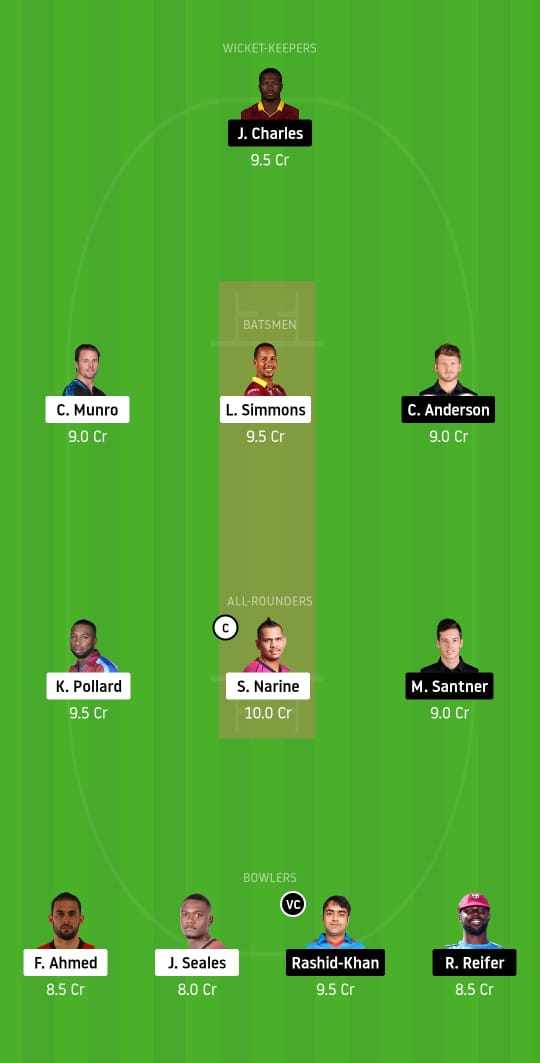 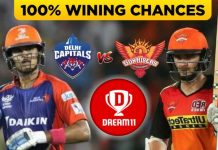