Nowadays, fantasy cricket has gained a lot of fresh users over the years. It all started with the launch of the Dream11 fantasy app which is India’s first and most reliable fantasy sports site. Now, there are several new fantasy apps with amazing features and attractive offers with a simple and user-friendly design where the user can easily earn a lot of real cash by making their fantasy team with proper players’ statistics and accurate information about the related sports. 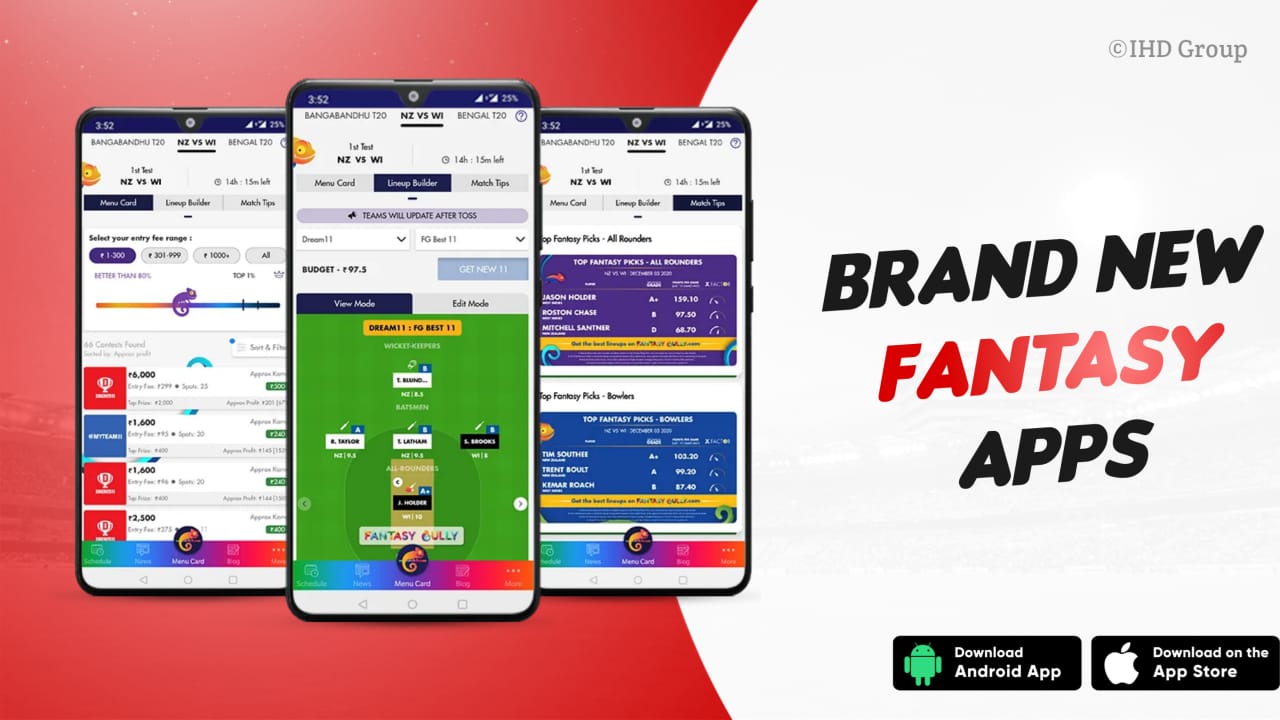 As you all know, there is a different craze and fan base of cricket lovers in India and TATA IPL 2022 has also started so in this article, we’re going to discuss some fresh and newly-launched fantasy sports apps where you can earn a huge amount of cash with less competition. If you want to use your fantasy skills this cricket season, then you should try these fantasy apps once to earn a large amount of cash instantly. Vision 11 is a fantasy-based gaming application that offers a suitable platform to showcase your sports knowledge and fantasy skills. The new users will get a Signup Bonus of Rs. 100 on your game wallet which you can use to join paid leagues and other contests on the fantasy app. 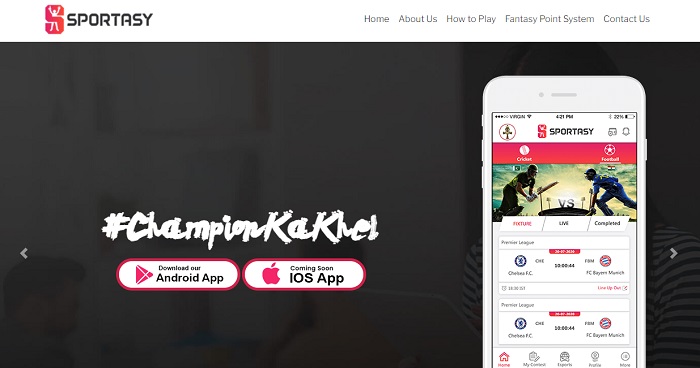 Sportasy is the new name in the fantasy sports market. In this app, you can play Fantasy Cricket, Football, and Basketball easily. The best feature of this fantasy app is that it comes with the lowest entry fee for paid contests. New users will also receive a Sign-Up Bonus of Rs. 500 that will never expire.

Sometimes, the app also invites its users to participate in a free entry fantasy contest which is also an amazing feature of this app. With the help of this app, you’ll be able to make your fantasy team without spending a single rupee and if your fantasy team scores better points than others, you’ll get a huge cash reward on your game wallet. There is an option of instant withdrawal where you can withdraw your winning amount instantly on your bank account or Paytm number.

In this fantasy app, the winning probability is comparatively high as the competition between the users is very low so you can earn a high amount of real cash easily. There are several fantasy contests for different sports categories and you can easily pick your favourite sports among them which include Cricket, Football, Basketball, Hockey, etc.

The user interface of the fantasy app can be easily operated and it is easy to use due to its simplistic design. The entry fees for the fantasy contests are also very low as compared to other fantasy apps. You and your friends will get Rs. 50 Bonus Cash on each successful referral through the Refer and Earn program. Also, you will get a 20% commission for every cash contest they join on the app.

This fantasy gaming app is the next big name in the world of fantasy sports. Currently, this fantasy sports app allows you to participate in Fantasy Cricket and Kabaddi games. You’ll get Rs. 100 Sign Up Bonus when you create an account on the fantasy app. Also, if you complete your PAN Card Verification process on the fantasy app, additional Rs. 20 as Bonus Cash will also be credited to your game wallet.

A23 Games is a virtual sports platform for fantasy lovers, where they can pick their favorite players from a planned fixture in various sports like Cricket, Football, Kabaddi, Volleyball, etc., and earn fantasy points based on the real-time performance of the players. In the A23 Fantasy Sports app, you can compete with thousands of users from all over the world and win real cash.

The best feature of the A23 Fantasy app is that the user gets a chance to win a huge cash reward every day by playing and competing against other players. If you create a new account on the A23 Fantasy app, you’ll get Rs. 75 as a Sign-up Bonus on your game wallet. Along with this, you can also earn up to Rs. 15,000 with its Refer and Earn scheme. Dark Riser is a recently launched fantasy sports app. It has been launched in the year 2022 to offer a special platform for those who have precise knowledge about fantasy sports. Here, in this fantasy app, you’ll find very less competition among the users so your chances of winnings will be higher as compared to other popular fantasy apps. For new users, you’ll get 100% Bonus Cash on depositing any amount on the game wallet.

You’ll see interesting deposit offers as well as bonus offers on the app. With its Refer and Earn program, you can also earn bonus cash when they install the app with your referral code. And the amazing thing about the app is that you can use your 100% Bonus Cash on the app as Entry fees for the fantasy contests. 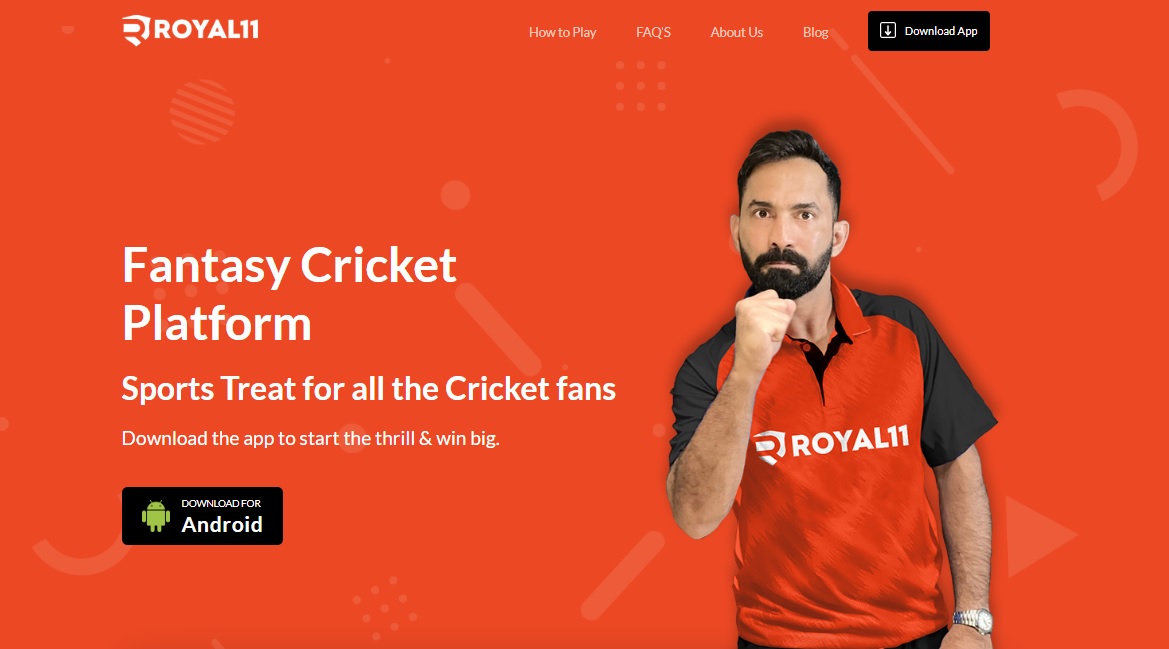 ROYAL 11 Fantasy app allows the entire cricket fans across India to unveil or showcase their cricket knowledge and gaming skills with the help of fantasy sports. Just create your fantasy team on the app with your favourite players to participate in several fantasy contests of various tournaments in a safe and secure environment.

With the Refer and Earn program of the Royal 11 app, you can earn Rs.200 for every successful referral, and your referral friend will get Rs. 100 when your friend creates an account with your referral code. There are some fantasy contests on the app where you can use 100% Bonus Cash to join the fantasy leagues.

Exchange 22 fantasy app is a combined fusion of two different sectors in a single app – Sports and Trading. You can also call it a stock exchange for sports lovers. Here, in this app, instead of making your fantasy team, you can trade players in terms of their performance and statistics.

With the Believer 11 app, you can make your fantasy team of real players for Cricket, Football, Basketball, etc. Create your fantasy team within a budget of up to 100 Fantasy Credits. Based on the performance of your selected players of your fantasy team, your team earns fantasy points and if your team is on the winning zone of the leader board, then you’ll win real cash on your game wallet.

You can make multiple changes to your fantasy teams as per your preference until the match starts. So, always ensure that you should keep track of which of your players is playing the match and keep your session updated at all times.