Sport-Club Freiburg host Borussia Monchengladbach in matchday 30 of the Bundesliga on Friday 5th June, 7:30pm at Schwarzwald-Stadion. The hosts currently sit in 8th place in the table having lost against Bayer Leverkusen 0-1 last time out, while the visitors are in 4th after their 4-1 win against FC Union Berlin. 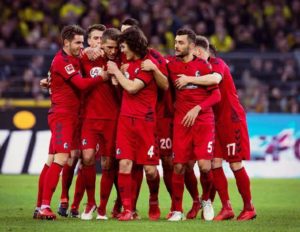 Freiburg last kept a clean sheet at home 5 games ago, and have kept 4 clean sheets in their last 20 home games. B. M’gladbach last failed to score away in the league 1 games ago and have missed the net in 6 of their last 20 away league games.Of the 9 league games Freiburg has won at home, they scored first 9 times. Of the 6 away games B. M’gladbach has lost, they conceded first 6 times.

Sport-Club Freiburg’s last match was in the Bundesliga against Bayer Leverkusen on Friday 29th May at Schwarzwald-Stadion. They lost the game 0-1.

Borussia Monchengladbach’s last match was in the Bundesliga against FC Union Berlin on Sunday 31st May at BORUSSIA-PARK. They won the game 4-1 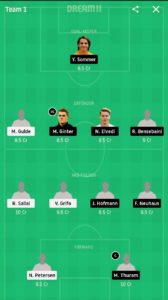