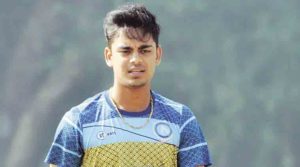 A promising aggressive left-handed batsman Ishan Kishan who also keep the wickets born in Bihar, India. Ishan uses to play for Jharkhand, the same state as where MS Dhoni plays for. He is in line to replace Dhoni for his state team.

His aggressive play of game caught the attention of veteran Sir Rahul Dravid who picked him for ICC U-19 cricket world cup 2016. Just an ordinary tournament with the bat for him. He came back strongly in domestic cricket and ended the Ranji Trophy season as the highest run-scorer for his team. Which included 273 against Delhi which was the highest by his team till date.

His attacking approach of play earned him a spot in Gujrat Lions for 35 lacs. He came up with the little cameos while batting at the lower order. Following the next season, he was picked up by Mumbai Indians for the whopping price of INR 6.2 crores. He ended up the IPL 2020 as the highest scorer for his team with the highest score of 99. He caught the attention of selectors and introduced into the international arena against England where he hammered fifty plus. 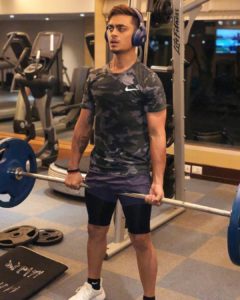 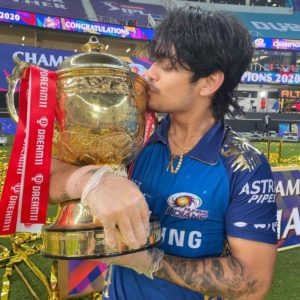 Controversies did by Ishan Kishan

The All Out Cricket Post Interview of Ishan Kishan

I hope you guys will love the article about Ishan Kishan biography, you can also check out more cricket news by clicking here, play fantasy cricket on dream11 to win some real cash.