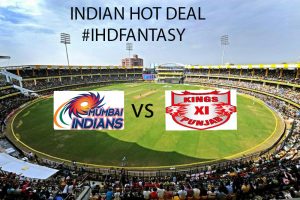 The ninth game of the IPL between KXIP and MI will be hosted by the Punjab Cricket Association IS Bindra Stadium, Mohali.

KXIP had lost their last game after having won against RR. Punjab lost to KKR by 28 runs in the last match and are looking to get back to winning ways at home. While MI Won their last game against  RCB by a close margin after a defeat against DC.

Match to be played at Punjab Cricket Association Stadium, Mohali.

This wicket is expected to be a good batting deck with some early movement for the fast bowlers.