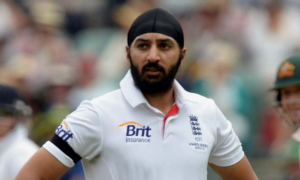 The 6ft tall left arm off spinner whith his roots from India, Punjab named Monty Panesar born in Luton, England. His parents moved to UK in 1979 for better opportunities for their upcoming childrens. Monty initially started his professional career as a medium pace bowler which he later asked to bowl off spin on the advice of coach. Monty made his first class debut in 2001  but due to his education he had to take breakes from county cricket but he had a fine season in 2005, taking 51 wickets at an average of just 22.47 including career-best figures of 7–181 against Essex. He starts getting attention from ECB’s selectors after terrefic county championship season.

His brilliant performances earned him a place in away tour of India. He made his Test debut against his homeland India at Nagpur in 2006 and he ended up taking his maiden wicket of master blaster sachin Tendulkar. Following his test debut, he made his ODI and T20I debut against Australia in Australia. His career spanned short but during his playing days he was always in competition with another off spin sensation Graeme Swann which made difficult for him get permanent place in the squad. 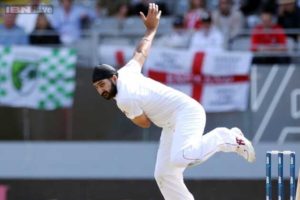 Controversies did by (Monty Panesar)

The All Out Cricket Post Interview Of Monty Panesar

I hope you guys will love the article about Monty Panesar’s biography, you can also check out more cricket news by clicking here, play fantasy cricket on dream11 to win some real cash.