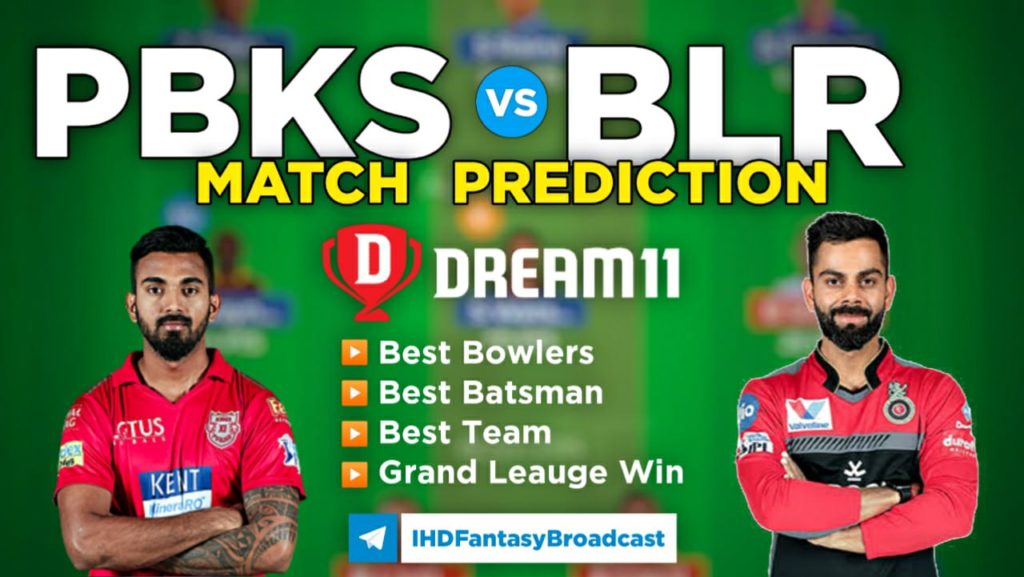 PBKS vs BLR Dream11 Team Pre Info: The 26th match of the Indian Premier League 2021 (IPL 2021) will be played between Punjab Kings vs Royal Challengers Bangalore at the venue of Narendra Modi Stadium, Ahmedabad.

Nothing has been working for Punjab Kings this season. They have won only two games from their five matches and currently placed 6th on the points table. After starting the tournament with a win they had lost their next three consecutive games. Although, they had made a good comeback against Mumbai Indians where won the match by 9 wickets. But in their previous match, their batting order collapsed in front of Kolkata Knight Riders which cost them another match. The team have a solid batting unit but they are not consistent with the bat,

On the other hand, Royal Challengers Bangalore are currently sitting at the 2nd spot with 10 points from 6 matches. The team after a four-match winning streak lost their 5th encounter against Chennai Super Kings. But they have shown great character in their previous match against Delhi Capitals where they defended 171 to register their 5th victory of the season. BLR got a great start and will be hoping to continue their winnings momentum for the upcoming matches.

The 26th match of the IPL 2021 will be played between Punjab Kings vs Royal Challengers Bangalore at the Narendra Modi Stadium, Ahmedabad.

PBKS vs BLR Head to Head: 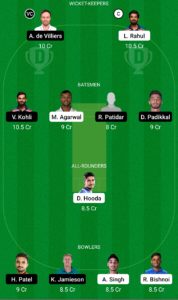 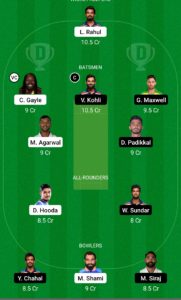 NOTE: While selecting your team, consider the points and make your own decision and make sure to edit the team if there is some change after the toss when playing xi is announced. So, taking help from the above post make PBKS vs BLR Dream 11 Fantasy Team Prediction.