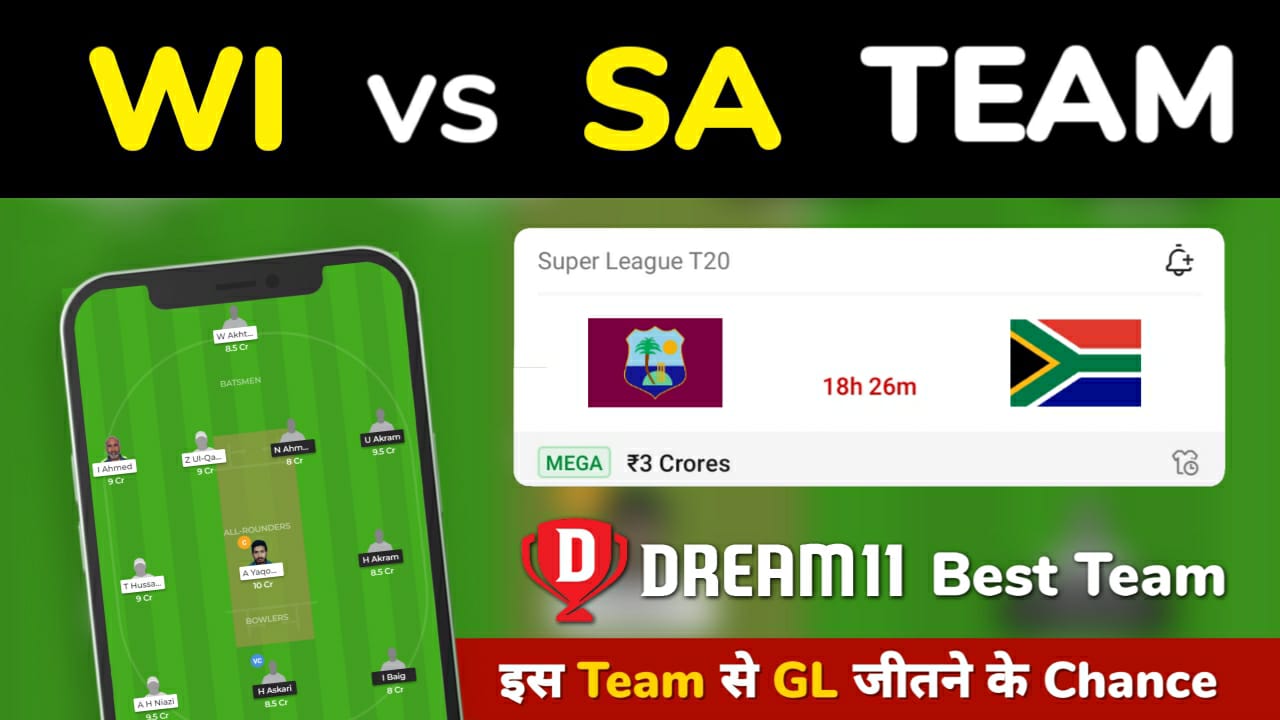 WI vs SA Dream11 Team Prediction Pre Info: The 1st test of the two-match test series between West Indies vs South Africa will be played at the venue of Daren Sammy National Cricket Stadium, St Lucia. This will the first time after 2015 both teams will be on action against each other in the longest format of the game.

The hosts West Indies has recently played a two-match Test series against Sri Lanka in March where they fought hard but eventually ended the series in draws with no wins. But they did well in the ODIs as they whitewashed the visitors in the three-match series. They have added 19-year-old Jayden Seales and also backed Shai Hope and Kieran Powell in the squad for this series.

On the other, South Africa lost their last test series earlier this year while touring Pakistan by 0-2. The team will be playing under the leadership of Dean Elgar as Quinton de Kock step down from the captaincy after their last tour. They have some young exciting players who will be making their debut in this series and it will be interesting to see how they perform.

WI vs SA Head to Head: 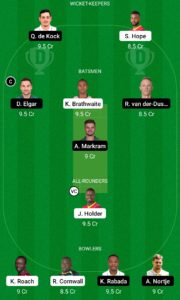 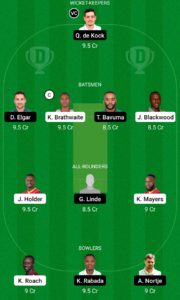 While selecting your team, consider the points and make your own decision and make sure to edit the team if there is some change after the toss when playing xi is announced. So, taking the help from the above post make WI vs SA Dream11 Team.