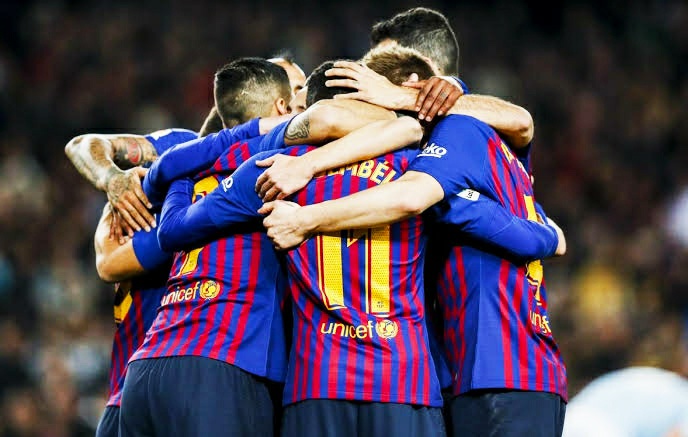 Eibar is hosting Barcelona in today’s early La Liga kick-off. Eibar has won last 2 games at their home and they might cause problems to defend champions who are having tough times away from home.

But Barcelona has picked up their form of late and they hammered Sevilla 4-0 to win there consecutive third match and now they are on 2nd in point table.

Both teams will want to win here to make their position stronger.

As we can see pique is not playing so Barcelona is little weak defensively and also keeping in mind that they are playing away from home so we can see them conceding a goal here. So my prediction is 3-1 to Barcelona.

Messi- One of the best ever player to play football, so he should be your safest cap vc choice.

Suarez- After  Messi, he is the best cap vc Choice.

Griezman– He is very good player but he has not picked up the form yet but he can score goals or give assist.

Alba- Best pick from defence and he links up with Messi very well . So he gives goal or assists point very often.

Orellana- He is in very good form. You can expect points from him.

Don’t take goalkeeper from Barcelona, because Dmitrovic will give save points, so no point in picking tersteegen. 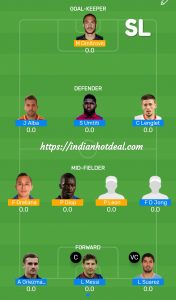 Note: You Can Play Regular Play In MyTeam11 In Which You Can’t Edit The Team After Deadline ( OLD Deadline Rule ) 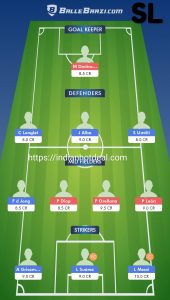 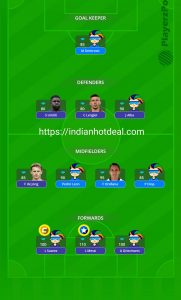 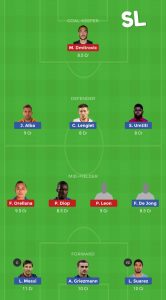