Dwayne Bravo Biography: His full name Dwayne John Bravo was born on 7 Oct 1983 in a middle-class family. at the age of 3, his mom & dad got separated and both got married after this bravo was with father John from that age bravo used to play football, cricket slowly got interested in cricket and decided to make a life in cricket. 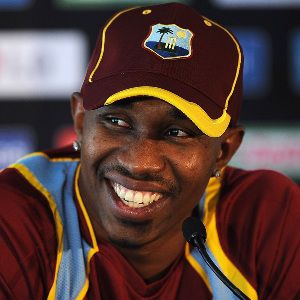 got suspended for 2 years and came up with Gujarat Lion. After 2 years in 2018, CSK came back and bravo continued with this team till now. In IPL 2013-15 bravo won purple cap as he took a total of 32 wickets and 26 wickets. Bravo’s IPL career made him a star and well know cricketer in India.
Advertisement