Indian Premier League (IPL) is one of the most highly celebrated cricket tournaments in the World. It has managed to create an atmosphere of a festival that is one of the favorite cricketing events of the fans throughout the World.  However, the Coronavirus pandemic created clouds of doubts on the 13th edition of the tournament. The tournament was scheduled to start towards the end of March in India. However, the countrywide lockdown coupled with a surge in Coronavirus cases throughout the country forced the BCCI to post the cash-rich event first to April and then indefinitely.

However, considering the financial implications of canceling the event, BCCI has come up with a solution that might allow IPL to be played this year. As per reliable sources, the mega event will be played from 21st September in Dubai, (UAE). A few other reports have suggested that IPL will be played in the September-October window in the nation which has been hardly affected by the pandemic.

If IPL is played in UAE we might see a different flavor of the tournament which is unknown to the fans. The tournament is expected to witness a few changes. Here are five things which we should expect from IPL if it moves to Dubai:

IPL is known for aggressive support for the home team. Fans gather on the grounds with full enthusiasm to support their local heroes. The sound made by these fans is often deafening to the years and can boost the morale of local players. For example, imagine a Ferozeshah Kotla stadium with the name of ‘Rishabh Pant’ echoing through the stands. Or the customary shouts of ‘Sachin, Sachin’ at Wankhede or the exceptional support received by the likes of Ab De Villiers and Virat Kohli at M Chinnaswamy stadium in Bangalore.

The electric atmosphere in the stadium is what makes IPL one of the most loved tournaments around the World.  The organizers of the tournament have always emphasized on the fact that IPL is IPL because of the experience.

However, in the case of the tournament moving to UAE, we might not see this extraordinary support that the teams get. The number of stadiums in Dubai is limited and no team will be allotted a home ground and hence the factor of home advantage which has been effectively used by several sides including Kolkata Knight Riders and Chennai Super Kings will be eliminated.

Several leagues are currently being played around the World. However, most of them are organized behind a closed door that is without spectators on the stands. This will again have an adverse effect on the vibrant atmosphere often created in a stadium. During the earlier editions of the tournament, we have always heard the sounds of ‘Dhoni, Dhoni’ or ‘Kohli, Kohli’ from the stands despite the ground hosting the game. However, the absence of fans will once again eliminate these sounds and can cause a negative impact on the overall experience of the game. 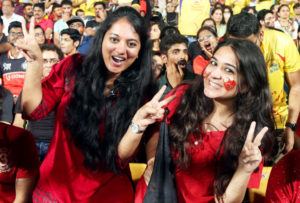 Several players have admired the audience for their exceptional behavior from the stands and top players such as Virat Kohli have accepted that the support from the fans pushes them to perform even better on the ground. We might miss the experience of collective jeers when a player drops a catch or a collective sigh on a cover drive of Virat Kohli in the case of the tournament being played in UAE.

One thing which makes IPL extremely unpredictable is the varying nature of wickets around the grounds. All the stadiums present a different pitch for the players. A wicket at Mohali will support pacers whereas spinners will dominate the game on Eden Garden. However, Dubai’s wicket is not expected to behave in different ways. From the recent games organized in Dubai, one thing which is crystal clear is the extraordinary slow nature of the wicket. 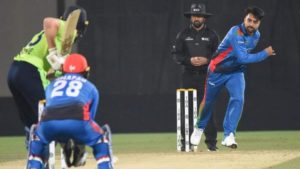 The soil in Dubai is dry which helps the spinners in getting a grip of the ball and hence making it easier to turn the ball at a slower pace. Such behavior will make the wicket a paradise for all the spinners. Under such circumstances, teams with a spin heavy bowling department may get an unfair advantage. Teams such as Kolkata Knight Riders and Chennai Super Kings who have packed their roster with spinners will definitely get an unfair advantage. We might see the liked of Rashid Khan and Sunil Naraine leading the wicket charts by a considerable margin. This will also suggest teams light on spin departments such as Kings XI Punjab and Royal Challengers Bangalore who just has one established spinner will struggle to have a say in the title race.

Remember the 100-meter dash from Imran Tahir after taking a wicket or the trademark dance by the Caribbean players to mark their celebrations? These are the things that make IPL memorable as a tournament. The outrageous celebrations which have been a great source of entertainment for the spectators are other major things that might not feature in the upcoming edition of the tournament. According to the released guidelines by the ICC and BCCI players are not allowed to shake hands or high five each other in the post corona cricket world. This latest set of regulations will stop the players to make any sort of physical contact during the games and hence disallowing the tradition of these fun celebrations. 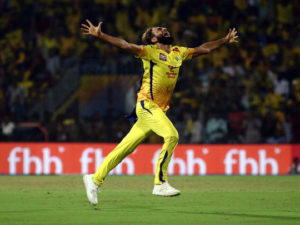 To celebrate the fall of a wicket or any other major achievement players are just allow fist bumps or elbow bumps.