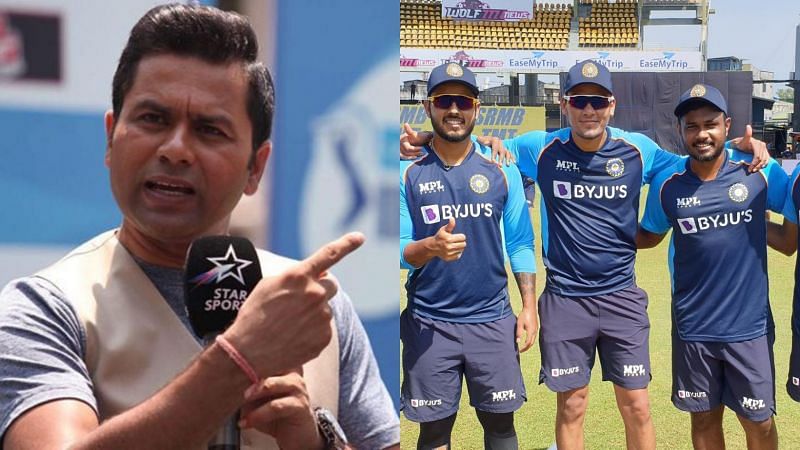 Aakash Chopra has revealed his displeasure with India’s ‘wholesale’ team changes for the 3rd ODI. The cricketer-turned-commentator assumed such a step for one match would have worked in a more settled team, while here it will only put unnecessary pressure on youngsters who got dropped after just 2 games.

After winning the first 2 ODIs with their best XI, India made as many as 6 changes for the dead rubber. These included the entries of Sanju Samson, Rahul Chahar, Krishnappa Gowtham, Nitish Rana and Chetan Sakariya along with the return of eight-ODI-old Navdeep Saini.

In a communication on ESPNcricinfo, Aakash Chopra labelled the strategy ‘baffling’ and said:

“To be honest, it baffles me that India has made so many changes. Because if it were to be the main site, where there is Virat Kohli, Rohit Sharma, Rishabh Pant, KL Rahul, Shreyas Iyer, etc, you make those changes it’s understandable. But when you are talking about young kids, who are just cutting their teeth into international cricket… Ishan Kishan just made his debut two matches ago, Prithvi Shaw has played as many as four One-Day games. There isn’t a lot of cricket these guys have played and now you want to change them to try somebody else. What will you find out in one game? I don’t know.”

Aakash Chopra suggested that this being a short series, India should have given the first-choice players at least three chances.

“If you played somebody first up if they haven’t done something exceptionally wrong, if they are not injured, at least give them three games. It’s not a five-game series where you want to make wholesale changes in the dead rubber,” he added.

India opted to bat first on Friday (July 23). From the debutants, only Samson got a chance to play in the first innings before rain finished play. The Rajasthan Royals captain struck a run-a-ball 46 before slicing a lofted drive to short added-cover.

UPDATE: The rain takes a breather. 👍

On the Previous day, Aakash Chopra had prophesied an outright win for India in the series, saying it would be a ‘whitewash’ before Diwali.

“India to win once again. That means it is 3-0, a whitewash. You generally get whitewash done before Diwali and Diwali has some relation with Lanka as well,” the former opener said on his YouTube channel.

At the moment of writing, the match was hanging in the balance with India at 147-3 after 20 overs. Suryakumar Yadav (22 off 17) and Manish Pandey (10 off 15) were standing tough at the crease.