Khurram Shahzad aka Khurram Chakwal is the man who makes his passion into profession. He left his police job to pursue his passion. Khurram came into limelight after smashing 10-12 sixes against the big side of Sir Shahbaz Kalia. This is how young Khurram shows his presence. During his early days, his family was not supportive regarding Professional tape ball cricket. But he grabbed the opportunities with both hands and prove himself. 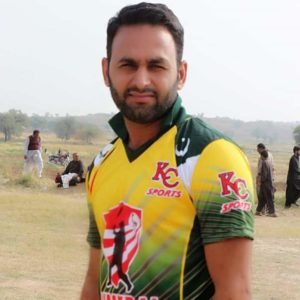 Controversies did by ( Khuram Chakwal )

The All Out Cricket Post Interview Of Khuram Chakwal

I hope you guys will love the article about Khuram Chakwal biography, you can also check out more cricket news by clicking here, play fantasy cricket on dream11 to win some real cash.