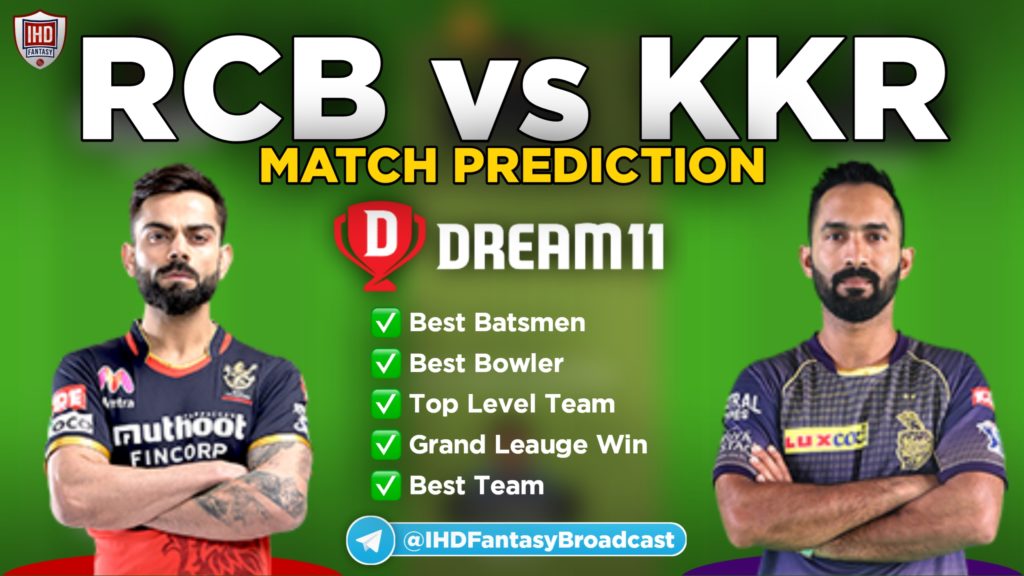 Kings XI Punjab has rejuvenated them after achieving three consecutive victories against Royal Challengers Bangalore, Mumbai Indians and Delhi Capitals. Their performances have increase pressure of both Royal Challengers Bangalore and Kolkata Knight Riders who will be facing each other in the 39th game of the season. The league phase is moving towards its last leg and every game holds utmost importance from here. However, the game between these two sides can play a major role in deciding which side finishes in the top four this year. Bangalore is looking in exceptional form this year and has lost just three games out of the nine they have played. However, the side has shown some deficiencies including over-dependency on wicket-keeper batsman AB De Villiers. Other stars for the side Aaron Finch and Virat Kohli have struggled to show any kind of consistency for the side. However, the inclusion of Chris Morris has given finishing prowess for the team and they look like a complete unit. The bowling looks much better this year with players like Washington Sunder and Yuzvendra Chahal owning up to their responsibilities. Pace battery looks much better and Navdeep Saini, Isuru Udana and Chris Morris are arguably one of the best triplets in the league. The side would expect better performance from Virat Kohli and would look to continue their winning run.

On the other hand, Kolkata Knight Riders found a new talisman in their last game against Sunrisers Hyderabad in the form of Lockie Ferguson. The bowling looks much better now and the side must be riding high on confidence. The batting looks shaky with only Shubhman Gill getting runs on a consistent basis. The injury to Andre Russell might be another headache for the side. However, the team might induce Sunil Narine and Tom Banton in place Andre Russell in the playing XI to strengthen their batting. Kolkata Knight Riders would desperately hope Dinesh Karthik and Eoin Morgan to find some form in the game. A loss could prove very costly for either of the sides.

The wicket at Abu Dhabi is a pretty balanced one with all the players getting some or the other assistance. Surprisingly pacers who hit the deck have received considerable success on the wicket whereas spinner has received significant turn from the pitch. The batters have enjoyed the wicket after getting set and have found the freedom to swing their bat.

KXIP vs DC: Head to head 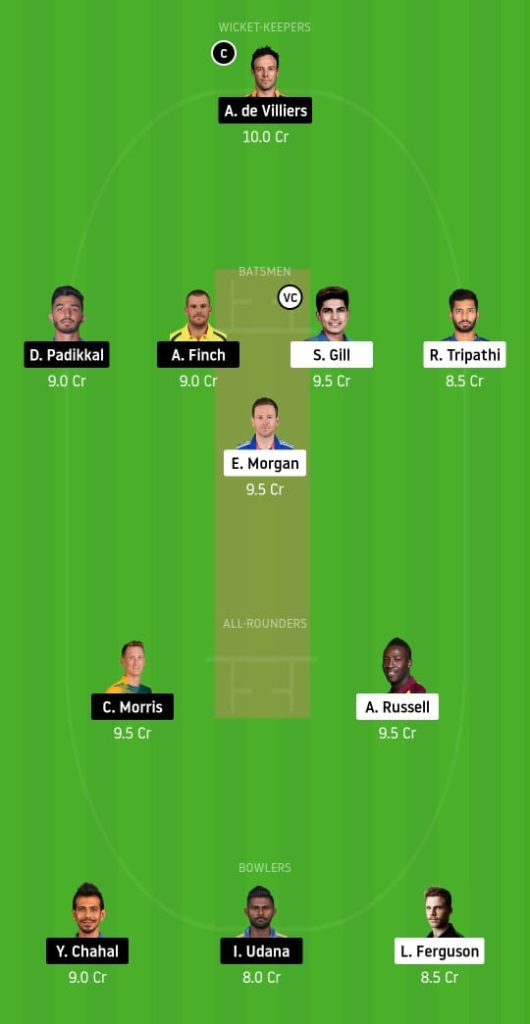 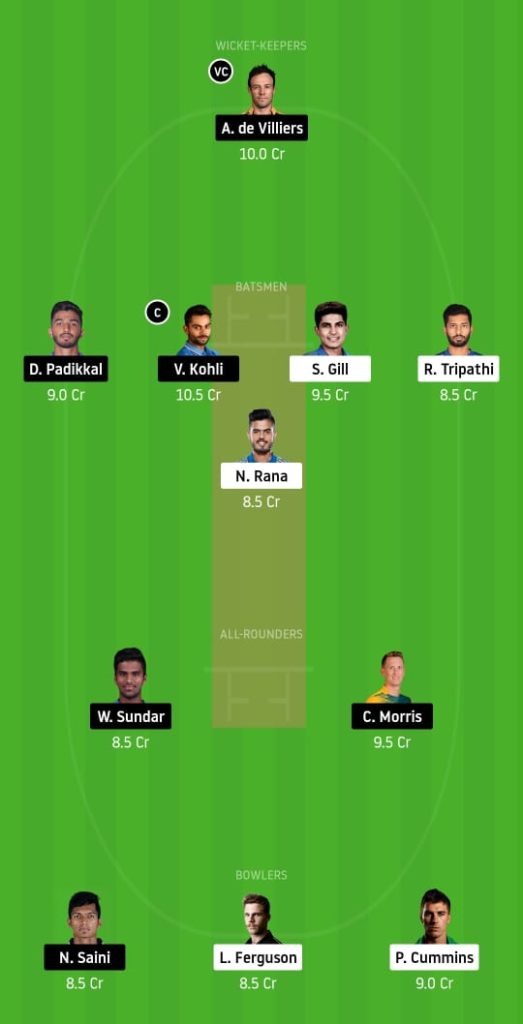 While selecting your team, consider the points and make your own decision and make sure to edit the team if there is some change after the toss when playing XI is announced. So, taking help from the above post make KKR vs RCB  Dream11 Team.