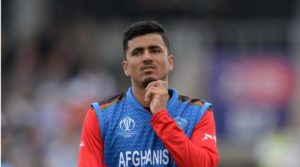 16 years old Mujeebur Rahman from a war-torn nation made into the international arena in a very young age. He was the leading wicket-taker in the  Under-19 Asia Cup with 20 scalps in 5 matches that helped Afghanistan win their maiden ACC Under-19 Cup title. later in his ODI debut game against Ireland where he took 4 wickets at the economy of 2.4 runs per over and awarded man of the match. With his five wickets in an ODI match against Zimbabwe, he became the youngest player ever to take an ODI five-wicket haul and was named the man of the match for his heroics with the ball. Later the ICC World Cup 2019, the International Cricket Council (ICC) named Mujeeburrahman the rising star of the squad. Mujeeb was backed by mystery spinner Rashid Khan in his early days. Mujeeb showed keen interest in cricket while watching the 2012 T20 world cup later he joined his uncle’s academy and start practicing there his collection of variations.

The complete package 17 years old off spinnerMujeeb got a contract of INR 4 crore to feature in IPL playing for Kings XI Punjab. He became the youngest player to feature in IPL and also he was one of those players from the 21st century to play international cricket. Together with Rashid khan and Nabi this spin trio handed Afghanistan a bunch of victories. In most of the games he has played in, Mujeeb all like to open the bowling attack take some wickets at the start, and later end it with the tight and accurate bowling of Rashid Khan and Mohammad Nabi. 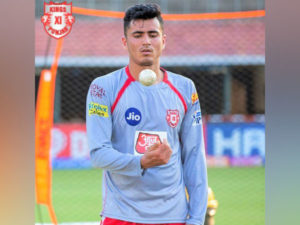 Personal Life Of Mujeeb Ur Rehman

Family & Religion of Mujeeb Ur Rehman

Cricket Career Of Mujeeb Ur Rehman

Highlighted Records Of Mujeeb Ur Rehman

Awards and Recognitions of Mujeeb Ur Rehman 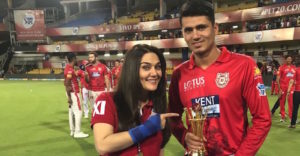 Controversies did by ( Mujeeb Ur Rehman )

The All Out Cricket Post Interview Of Mujeeb Ur Rehman

Lesser-Known Facts About Mujeeb Ur Rehman

I hope you guys will love the article about Mujeeb Ur Rehman biography, you can also check out more cricket news by clicking here, play fantasy cricket on dream11 to win some real cash.