The recent slip-up by Kolkata Knight Riders has opened the doors for all the sides on the lower half of the table. Both Rajasthan Royals and Sunrisers Hyderabad would be vying the final playoff spot at the expense of Kolkata. Rajasthan Royals have played 10 games and the side has won four games. Though they have been very unimpressive in the tournament but the side has an amazing chance to play in the playoffs and is in lead. The game against Sunrisers Hyderabad would be making and break for the Royals as a defeat could see them knocking at the door of an early elimination.  The team has lacked consistency in the batting as well as bowling department. Top-order in the form of Robin Uthappa, Steven Smith and Sanju Samsom has failed consistently. The team has strengthened after the return of Ben Stokes but his usage as an opener to accommodate Jos Buttler in the middle order has been peculiar to say the least. Bowling is heavily dependent on Jofra Archer and Shreyas Gopal has been the biggest let down this year. The emergence of Kartik Tyagi is good signs for the side whereas Rahul Tewatia has been the undoubted game-changer for the side.

On the other hand, Sunrisers Hyderabad has won just three games this season. Top-order which has been the strength of the side for the past few years has struggled beyond words. The struggle of the top order has transformed into the entire side and the team has failed to achieve even mid-order targets. The bowling has also suffered after the departure of Bhuvneshwar Kumar. T Natarajan has emerged nicely however the likes of Khaleel Ahmed, Siddharth and Sandeep Sharma have failed to impress. The position of Kane Williamson has also not been properly utilized. The side will look to sort the issues. However, Hyderabad will take the field as underdogs.

The Dubai International Cricket Stadium has witnessed a decent number of game in IPL 2020. The average score for the first innings on the wicket is 174. However, the recent games haven’t seen team reaching to the average total. The pacers have received their fair share of movement on the wicket whereas spinners have enjoyed the surface with the old ball.

Teams have preferred defending the pacers in the initial phase of the game. Batsman has enjoyed playing the shots once settled on the ground. Dew could play its part in the second half of the match. Teams winning the toss would look to chase the score.

RR vs SRH: Head to head 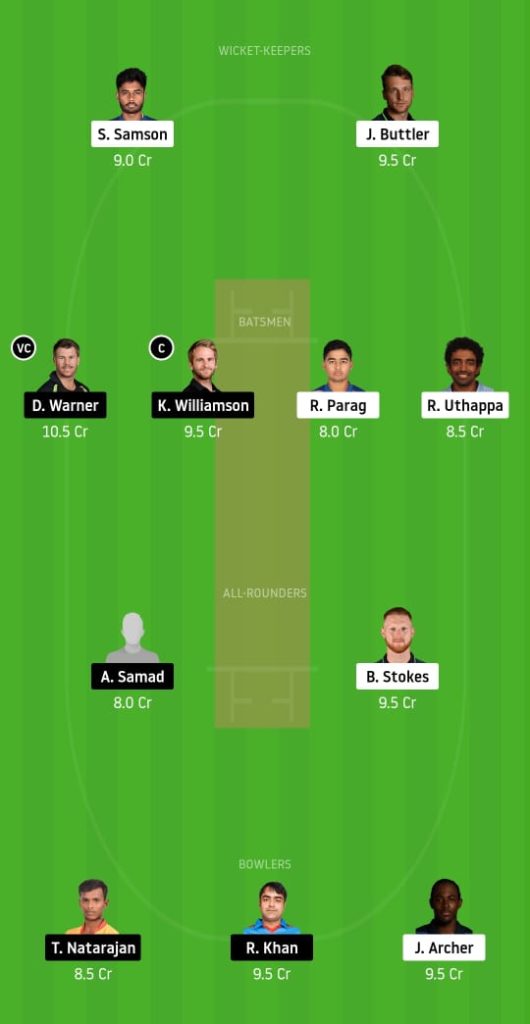 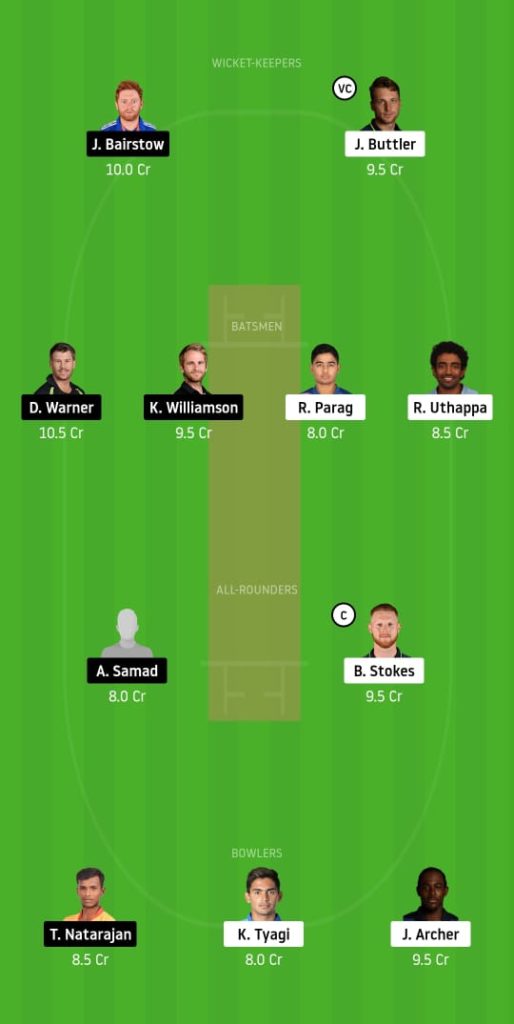 While selecting your team, consider the points and make your own decision and make sure to edit the team if there is some change after the toss when playing XI is announced. So, taking help from the above post make RR vs SRH Dream11 Team.