IPL caught the attention of the entire World upon its commencement in 2008.  Several star players from around the world showed an ample amount of eagerness to participate in the mega tournament. Since the start of the tournament Caribbean players have managed to capture the imagination of the league. The ever-present Calypso flavor found many takers in the tournament and has won several hearts with their performances and personality in the tournament.

A set of players have engraved their names as the best ever set of players in IPL. Let us take a look at XI West Indies star who won the hearts in the tournament:

Chris Gayle: The ‘Universe Boss’ Chris Gayle is arguably one of the best limited over cricketers ever to play the game. The journey of his domination in the shortest format started with Kolkata Knight Riders in the first season. However, he attained the status of an all-time great with his performances for Royal Challengers Bangalore. Chris Gayle is the proud owner of several records in IPL including the highest individuals’ record and the player with maximum sixes in the tournament. Gayle managed to score 4484 runs in 125 matches in his IPL career. Chris Gayle who currently represents Kings XI Punjab might become the first West Indies star to reach 5000 runs as a player in the upcoming season. 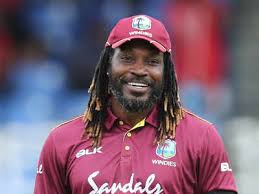 Evin Lewis: Evin Lewis in many ways can be defined as a true successor of Chris Gayle. The Jamaican started his career with Mumbai Indians as an opener and won the hearts of many.  He played a pivotal role in the title-winning Mumbai Indians’ side in 2018. The West Indies opener participated has participated in two IPL scoring 430 runs in just 16 innings.

Lendl Simmons: Another West Indies star who starred for Mumbai Indians. The 35-year-old played an important role in the title-winning campaign of Mumbai Indians. He has 1079 runs in 29 IPL innings and can across the batting order.

Nicholas Pooran: The lack of another wicket-keeper batsman ensures the position of Nicholas Pooran into the side. However, he cannot be judged based on his numbers in IPL as his potential in world-renowned now. The West Indies wicket-keeper is set to represent Delhi Capitals in the upcoming season. He managed to score 168 runs for Punjab in his debut campaign.

Kieron Pollard: Kieron Pollard has been the mainstay of the Mumbai Indians side for almost a decade now. He has played a pivotal part in building a dynasty and is arguably the most utility player in T20 Internationals.  He was spotted in the now-defunct Champions Trophy and has amassed 2755 runs in 148 games for Mumbai Indians. He has 56 wickets in the same period. 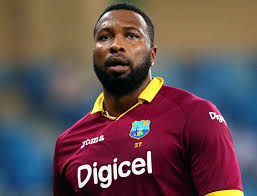 Dwayne Bravo: The Trinidadian all-rounder is one of the pioneers of T20 cricket. Like several other West Indies star, he was also first spotted by Mumbai Indians before moving to Chennai Super Kings in 2011. The player has been a rock for CSK since then and is one of the most loved Caribbean players in India. He has 1483 runs and 147 wickets in 134 T20Is games.

Andre Russell: Fondly known as ‘Muscle Russell’, the West Indian player is arguably the most potent match changer the game has seen in recent history. He can swing the game in his favor within a matter of few overs. Russell move to Kolkata Knight Riders in 2014 and the rest is history. He has 1400 runs in 64 matches at a spectacular run rate of 184. The herculean striker also has  55 wickets under his belt. 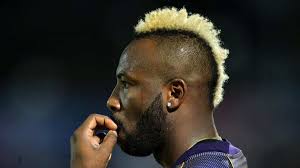 Also Read: Four Things to Expect From IPL after the UAE move

Jason Holder: Despite being the owner of extravagant talent, Holder has failed to impress in IPL. However, age is still on his side and he can change his fortune in any edition. He has 38 runs and five wickets under his belt in 11 games.

Sunil Narine: The mystery spinner has played his entire IPL career with Kolkata Knight Riders. He instilled a sense of fear in the opponent with his accurate bowling. Often used as an opener, Narine has also managed to surprise the opponents. He has 771 runs in 110 innings. Narine also has 122 scalps under his belt.

Kevon Cooper: Kevon Cooper is inarguably the most under-rated player in this list. However, his slow deliveries set a precedent for all the upcoming bowlers. Cooper who played for Rajasthan Royals managed to score 33 wickets in 25 games.

Samuel Badree: Samuel Badree is one of the most underrated West Indies players. Badree proved his worth playing for Royal Challengers Bangalore under Virat Kohli. and was Badree managed to grab 11 wickets in 12 IPL games.