Babar Azam Biography: Babar Azam is currently the best Pakistani Batsman and all cricket pandits are predicting him as a best Pakistani player of all time Babar Azam was born in Lahore, Punjab, Pakistan on 15th October 1994 he is the only batsmen who is in top 5 in all formats In ICC U-19 World Cup 2012, Babar Azam was elected as captain to lead Pakistan cricket team. and Islamabad United picked him in 1st season of Pakistan Super League (PSL) for US$25,000. During a group stage match, he suffered a small injury which prevented him from taking any further part in the tournament. Before the 2017 PSL draft, he moved to Karachi Kings from Islamabad United currently he is the Captain of Pakistan International team in T20 and ODI. 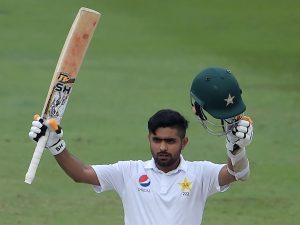 He is having a neat and clean career till now he only made the news of his greatness and we haven’t witnessed any controversy of Baber Azam till now.