A slow medium-fast bowler who turned aggressive fast bowler after being mentored by Aqib Javed. The young kid Wahab Riaz came into limelight after bowling some stunning spell against India in World Cup 2011 semifinal where he took a five-wicket haul to remove Virat Kohli, MS Dhoni, and toe crushing Yorker to Yuvraj Singh to rattle his stumps.

Before making his debut, Wahab had a successful domestic season. In his very first test match, he took five-wicket haul for 63 against England in 2010. Along with his bowling, he was highly rated as a hard hitter. He played a knock of 54 against Zimbabwe after the early collapse of the top order in World Cup 2015. His inconsistent performances in all formats dropped him from the team several times. He left red ball cricket early to completely focus on white-ball cricket. He was criticized by former players for taking retirement from red-ball cricket. 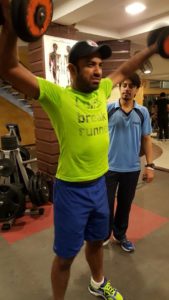 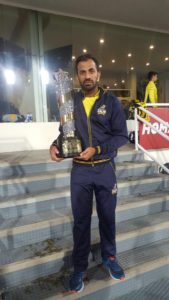 Controversies did by ( Wahab Riaz )

The All Out Cricket Post Interview Of Wahab Riaz

I hope you guys will love the article about Wahab Riaz biography, you can also check out more cricket news by clicking here, play fantasy cricket on dream11 to win some real cash.