Lachlan Hammond Ferguson, popularly known as Lockie Ferguson is a New Zealand international cricketer. He was born on 13th June 1991 in Auckland, New Zealand. Lockie is a right-arm fast bowler, who can ball with the speed of over 150km/h. He plays first-class cricket for Auckland. Lockie made his ODI debut against Australia in 2016. 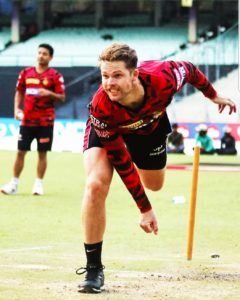 Controversies did by Lockie Ferguson

hope you guys will love the article about Lockie Ferguson, you can also check out more cricket news by clicking here, play fantasy cricket on dream11 to win some real cash