Steven Smith Biography: Steven Smith (born 2 June 1989) is an Australian international cricketer and former captain of the Australian national team. Smith is consistently rated as one of the top-ranked Test batsmen in the world, according to the ICC Player Rankings. Smith has been called the “best since Bradman” due to his distinctively high Test batting average. He is the captain of Rajasthan Royals in the Indian Premier League. 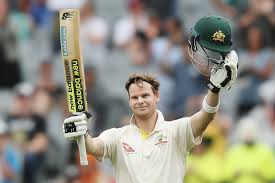 Cameron Bancroft, the second-youngest and most inexperienced member of the team, was captured by television cameras surreptitiously using sandpaper to rough up the cricket ball. He then hid the sandpaper in his underwear before being confronted by the on-field umpires. When attending the press conference at the conclusion of the third day’s play with Bancroft, Smith admitted that the “leadership group” of the team discussed tampering with the ball to influence the result of the match during the lunch break. He admitted that he was part of the “leadership group” but did not identify the other members.

Cricket Australia launched an independent investigation, charging Smith with bringing the game into disrepute. He was suspended and sent home from the tour. The report stated that, while he did not develop the plan, Smith was found to have misled match officials and others, and as captain did not act to prevent it. He was therefore banned from all international and domestic cricket for 12 months starting from 29 March 2018.