Rashid Khan was the top scorer in the Afghanistan vs Ireland’s 3rd match. He scores 48 runs in 40 balls and became the top-scorer of the team and also took 4 wickets of the middle-order batsman from Ireland’s team. 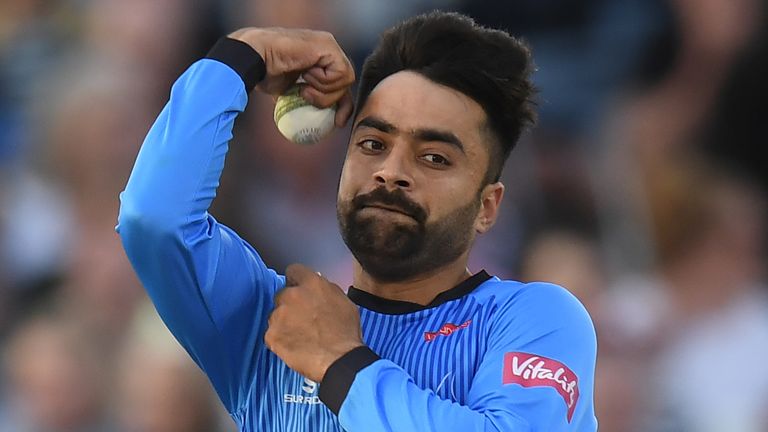 Ireland played pretty well in the last match the bowler played an important role in the team. Afghanistan’s any player did not able to make fifty in the match Rashid khan was the top scorer of the match. When it’s time for Ireland to play they started pretty good Paul Stirling score 118 runs in 119 balls which looks great but other than him no one able to take the stand against Afghanistan and they lost the match by 36 runs. Even after Paul Stirling’s performance.

Afghanistan lost 4 of their wickets inside 12 overs. Craig Young Removed each of the top 3 players in the powerplay and Andy McBrine caught Hashmatullah Shahidi who is the best performer in the last match, in the gully. After that caption, Afghan started to build the score with the help of Mohammad Nabi, but they face difficulty to score due to McBrine and Simi Singh’s great bowling skills. Singh Took Nabi via lbw and Afghan caught at deep midwicket.

Then, Najibullah Zadran was caught at slip via the glove when he tried reverse sweeping and gave part-timer Harry Tector his first international wickets. Afghanistan was in great danger and then comes Rashid Khan who holds the player for a while scored 48 runs for the team. but in the end, he caught by Andy McBrine, and Afghanistan able to score a total of 266 runs by the loss of 9 wickets.

James McCollum opened from the Ireland side after replaced with Kevin O’Brien who struggled for runs in this tour, but James was not able to do anything he was given out lbw early on after strick in front by Mujeeb. He opted not to review the decision which he regrets after some time because the replay indicated the ball gone on to hit leg Stump.

However, Paul Stirling was up and running and playing fearlessly in the last match he hits 5 fours in Naveen’s first four overs. Then he cracked Nabi for Sixes in the eighth and made his half-century in 38 balls by playing carefully against Mujeeb-ur-Rahman, but he lost an important partner and caption Andy Balbirnie.

Paul continued to force the pace in a 61 run stand with Tector, surviving on review after being given out lbw against Nabi, But Rashid khan bowled Tector with a wicked googly.

Stirling continued to force the pace in a 61-run stand with Tector, surviving on review after being given out lbw against Nabi, but Rashid struck a telling blow in his first over when he bowled Tector with a wicked googly. After that Paul’s score rating slowed significantly as he approached his hundred. However, he touches the landmark of his 101st ball in the 28th over. But Rashid khan continued to chip away by removing Curtis Campher for 12 to leave Ireland four down. Stirling played with Lorcan Tucker who is a useful partner for him. But Stirling was bowled on 118 runs via a thin edge.

Rashid bowled Tucker with another googly to snare his third and no one able to stand up against the bowlers of Afghanistan and lost the match by 36 runs.