A real game? Does it sound ‘real’? Well, yes- it sounds and looks real! The question is – how much real you want?

From the creator of superhit Plague Inc, we have Rebel Inc. – an online paid game that swept the gaming world on December 5, 2018. Developed by Ndemic Creations, this unique, addictive, highly-engaging political and military-strategic game has more than 100 million loyal players hooked to it. Available on both Android and iOS, the players can play the game normally. However, to unlock or access lucrative features, maps, additional facilities, the players have to pay to unleash their nation- builder and military intelligence bent of mind.

Rebel Inc All About

The game thrives on the ideology that even though the war is over, the immediate goal is to balance and stabilize the devastated war-torn nation by stopping insurgencies and seeking peace for civilians.

Hence, the broad yardsticks of the game consist of eight Governors, thirty-six Advisors, Operations (Initiative areas for the citizens), Insurgents (rebels), Units (soldier units), and Maps. While each Governor has a different approach to play, the Advisors can be availed by winning cheats in the game.

To play this game, let’s quickly look at a simple process to download it. Go to App Store for iOS and Google Play for Android devices to install the game on iPhone, iPad, or smartphones.

Every game comes with a trick, so does Rebel Inc. At the outset, it may look difficult to follow the game- the trick is to pause the game in repeated intervals and analyze the situation on the ground.

As it is nearly impossible to tell when a group of rebels will suddenly appear, selecting a zone can do wonders here and safeguard the players. Keep a check on the types of roads and zone category- urban or rural.

Navigating maps could be daunting- one way to overcome this would be to keep checking the zone where the player needs more assistance and decide action-points. At the time of negotiating with the insurgents, the players should try to take a small reputation hit if backed by a good military position.

The game can still be won without initiating negotiations- if the player focusses on stabilizing the territories and not insist on declaring peace.

Rebel Inc. is about a clash of tactics, counter-terrorism, policies, strategies, military prowess, civilian interests, foreign attacks, and all the complexities that ensue.

Beautifully executed gameplay, visually-appealing graphics, real-time scenarios, and not just ‘chase-and-kill type’, has made this game a hotcake in the popularity charts—a highly recommended game to keep the players on their toes. 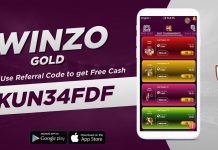 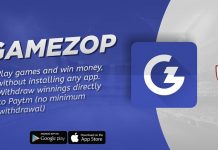 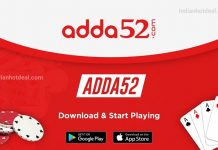