Shahid Afridi Biography: On March 1, 1980, a boy born in the house of Sahibzada Fazal-ur-Rehman Afridi named him Shahid who later become one of the best All-rounder of the Pakistani cricket’s history. Known for his aggressive batting and quick leg-spin Shahid Afridi made his international debut on 2 October 1996 in an ODI against Kenya.

Shahid Afridi has started his Pakistan Super League (PSL) career with his cousin Javed Afridi’s team Peshawar Zalmi where they have won the title also and later the moved to his home team Karachi Kings and currently he is playing with Multan Sultans. 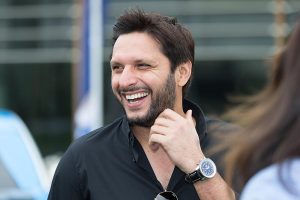