Martin James Guptill is a New Zealand cricketer, who played all format of the game internationally. He was born on 30th September 1986 in Auckland, New Zealand. At the age of 13, Guptill lost his three toes in a forklift accident. He is a top-order Right-handed batsman and an occasional off-spinner. Guptill is regarded as one of the most successful opening batsmen for New Zealand in limited over cricket. Guptill scored a century against West Indies in his ODI debut match. 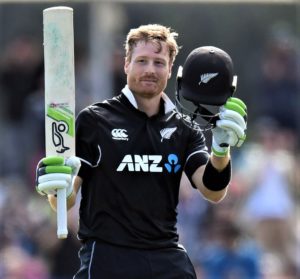 Controversies did by Martin Guptill

I hope you guys will love the article about Martin Guptill, you can also check out more cricket news by clicking here, play fantasy cricket on dream11 to win some real cash