Mohammad Yousuf or we can say Yousuf Youhana was one of the few nonmuslim players to play for Pakistan national team. He was born on August 27, 1974, in Lahore Punjab, Pakistan Yousuf started his first-class career with Bhawalpur in 1996 and he made his international debut on 26 February 1998 v South Africa.

Mohammad Yousif also played in English county for Lancashire and Warwickshire he also played in controversial league ICL where he was part of Lahore Badshahs for which he also faced a ban by PCB. Yousuf accepted Islam in 2005 when he left his old religion Christianity he also with his wife accepted Islam. 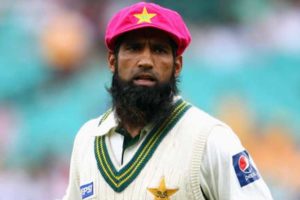 Controversies did by ( Mohammad Yousuf )

The All Out Cricket Post Interview Of Mohammad Yousuf

I hope you guys will love the article about Mohammad Yousuf biography, you can also check out more cricket news by clicking here, play fantasy cricket on dream11 to win some real cash.