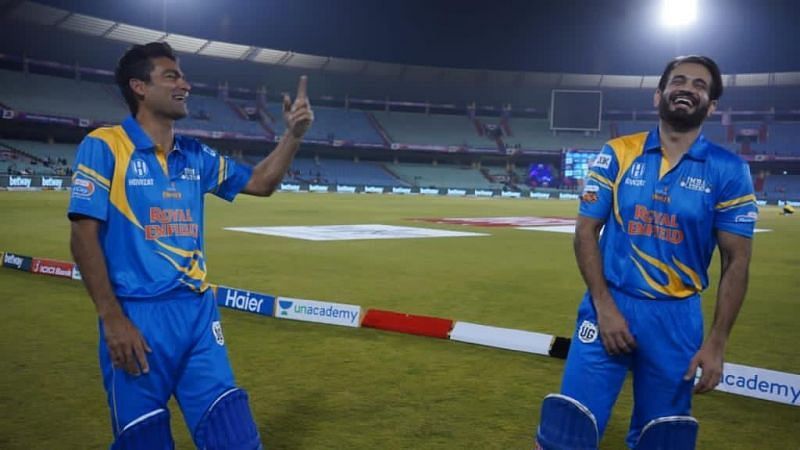 Former India cricketer Mohammad Kaif shared a lovely image with Irfan Pathan on Saturday to give an important message on road safety.

Both Kaif and Irfan Pathan are part of the India Legends team in the current Road Safety World Series.

According to the Sharing the picture on his Twitter handle, in which both Kaif and Irfan Pathan are seen bursting into laughter, the former wrote:

“Road pe safe rahoge to life mein haste rahoge.” (If you stay safe on road, you will keep smiling in life.)

To this, Irfan Pathan sportingly answered:

“Aree Janab kaifu bhai sath rahoge to haste rahoge.” (Kaif, if you are with me, you will keep laughing.)

The interesting thing is that the Uttarakhand Police also shared a message on road safety on Friday, giving the example of Indian skipper Virat Kohli. The tweeted:

“A helmet is not enough. It is necessary to drive in full consciousness, or else you can get out on zero, just like Kohli.”

Also check:- “I always loved batting even though I was a leg-spinner from the start of my career”- Rahul Tewatia said

Kohli was removed for a duck in the first T20I against England on Friday as India lost the game by 8 wickets.

The Indians are right now in 2nd place with 12 points from four matches, exactly behind the Sri Lanka Legends, who have 16 points. South Africa are 3rd with 8 points.